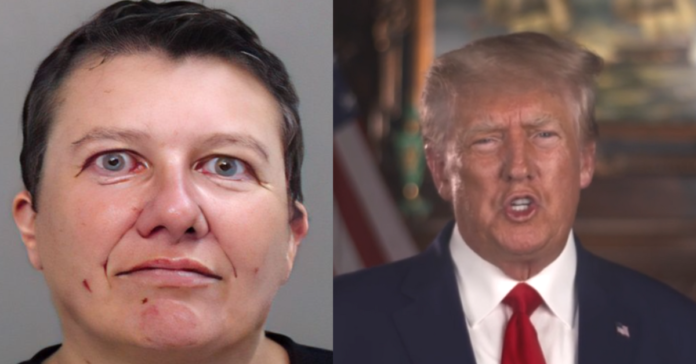 “There is no place for political violence in our country, and no excuse for threatening public officials or endangering our public servants,” said U.S. Attorney for the District of Columbia Matthew M. Graves. “We hope this resolution will serve as a warning that using our mail system to send a toxic substance and other threats of this type will cost you your freedom for many years.”

U.S. Attorney Alamdar S. Hamdani said: “This woman did not succeed in her efforts to poison numerous public officials in our district, but her actions still created fear and stress for many of these dedicated public servants.

“We are grateful for the hard work of the FBI and our other law enforcement partners in identifying and apprehending her.”

“In addition to her intended targets, Pascale Ferrier’s reckless actions could have harmed postal employees, first responders, or innocent bystanders.

“Today’s plea agreement demonstrates the FBI’s and our partners’ determination to investigate and bring to justice those who seek to harm or intimidate government officials or law enforcement officers.

“Threats against public officials and law enforcement are unconscionable and will not be tolerated.

The FBI remains committed to working with our partner investigative agencies to protect all Americans from threats of violence and harm.”

DOJ issued a statement that said:

“According to court documents, Ferrier admitted that she made ricin at her residence in Quebec, Canada, in September 2020. Ricin toxin is a deadly poison made from the waste material left over from processing castor beans.

“Ferrier placed the ricin in envelopes containing letters she wrote to then-President Trump at the White House and to eight Texas State law enforcement officials.

“Ferrier had been detained in the State of Texas for around ten weeks in the spring of 2019, and she believed that the law enforcement officials were connected to her period of detention.

“In early September 2020, Ferrier used the Twitter social media service to propose that someone should “please shoot [T]rump in the face.”

“The letters in the envelopes contained threatening language, and the letter addressed to then-President Trump instructed him to “[g]ive up and remove [his] application for this election.” Ferrier mailed each of the threatening ricin letters from Canada to the United States.

“Ferrier then drove a car from Canada to the Peace Bridge Border Crossing in Buffalo, New York, on Sept. 20, 2020, where border patrol officials found her in possession of a loaded firearm, hundreds of rounds of ammunition, and other weapons, and arrested her. Ferrier has remained in custody.

“Ferrier pleaded guilty to prohibitions with respect to biological weapons in two separate criminal cases before the Honorable Dabney L. Friedrich of the U.S. District Court for the District of Columbia.

“The Honorable Dabney L. Friedrich scheduled the sentencing hearing for April 26, 2023, when Ferrier will be sentenced to 262 months in prison if the Court accepts the plea agreements.