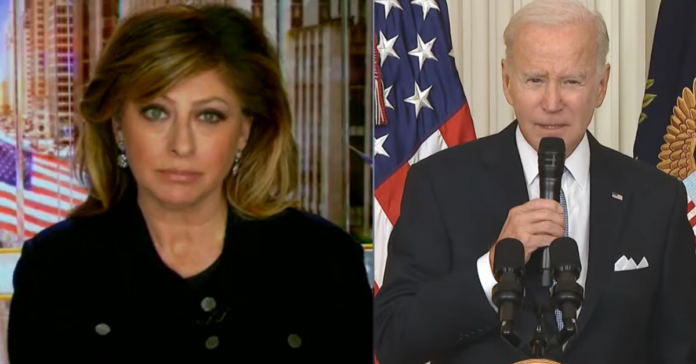 When former President Donald Trump was caught with classified documents at Mar-a-Lago the Democrats and their friends in the media lost their minds. They floated conspiracy theories that Trump was selling national secrets for profit.

They claimed Trump committed treason which was ludicrous and when federal authorities released information on the documents we all saw how crazy the left was as they were innocent keepsakes like a letter from Kim Jung-un.

Biden’s classified document scandal will probably end up being just as innocent, we don’t know yet, but fair play is fair play. So it should not surprise those on the left when Maria Bartiromo suggested Biden committed treason with his mishandling of classified documents.

Speaking with Rep. James Comer (R-KY) on Sunday Morning Futures, Maria floated the idea that Biden may have committed treason by keeping classified documents from his time as a Senator and Vice President at his Delaware residence and his Washington office.

“The White House isn’t being truthful with the American people,” Comer said. “We need to know now who had access to those documents because our national security could be at risk.”

“Is this treason?” Bartiromo asked.

“We’re not going to let up.

“I think that we’ve got plenty of information to move forward with an investigation.”

“Is this treason?” — Maria Bartiromo to James Comer on Biden’s handling of classified documents pic.twitter.com/yJyjBfCOz7