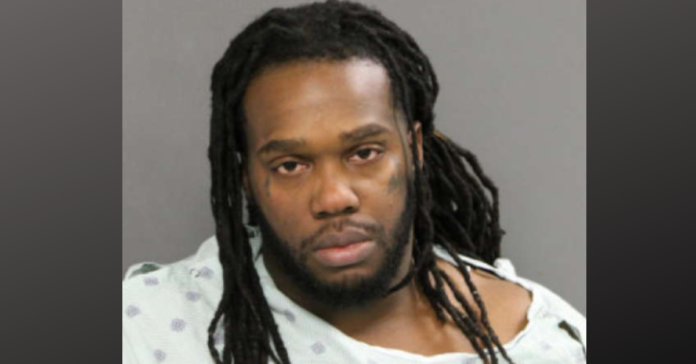 A Chicago concealed carry holder ended a career criminal’s reign of terror in Chicago when the thug picked the wrong person to rob. Darius Moss, 33, has been arrested 32 times since 2014. 32 times.

While a few arrests were for disorderly conduct, most were for serious crimes like assault.  And they keep letting him out to do it again. But after he was shot committing another armed robbery hopefully he will face justice so he can no longer terrorize the community.

Judge Maryam Ahmad was not happy during the bail hearing for Moss and said:

“It is a pure miracle by the grace of God that no one was killed, that no innocent bystander was killed.

“This is just ridiculous. Ridiculous.”

According to police officials, a 25-year-old bank security guard was riding the train home around 5 p.m. when Moss boarded the train. The thug stared at the victim in a menacing way.

The men started arguing and Moss “upped a firearm” and told the man this is a robbery prosecutor Christopher Cromydas said.

Moss held the victim at gunpoint and robbed him of his keys, phone, credit card, and, his concealed carry license.

Moss threatened to shoot the victim if he did not get off the train at the next stop. The bank security guard said fine and got off the train with Moss but turned the tables on the career criminal and pulled out his gun and opened fire while retreating back into the train.

The guard fired off 18 rounds, four of which jammed, Chicago police said. Moss was shot once in the leg. The victim was not injured.

Moss left the station. The victim stayed on the train to his stop, found the police, and explained what happened.

Police went looking for Moss and found him walking near the Cicero station. They recovered the victim’s property and a revolver that contained four live bullets and a spent casing, Cromydas said.

“This is abject insanity,” Judge Ahmad said when he heard about the wild west type shootout on a Chicago train in the afternoon.

The judge added: “A firefight on the train? Abject insanity.”

According to CWB Chicago, “Moss has been convicted of four felonies since 2014, including robbery and theft in 2018.

A man who has been arrested 32 times since 2014 allegedly robbed a concealed carry holder on the Green Line during rush hour and then engaged in a “firefight” on the platform and the train car.

A Concealed Carry License holder shot a man who was trying to rob him at the Lake Street Green Line in #Chicago https://t.co/zmMaw5sOpd