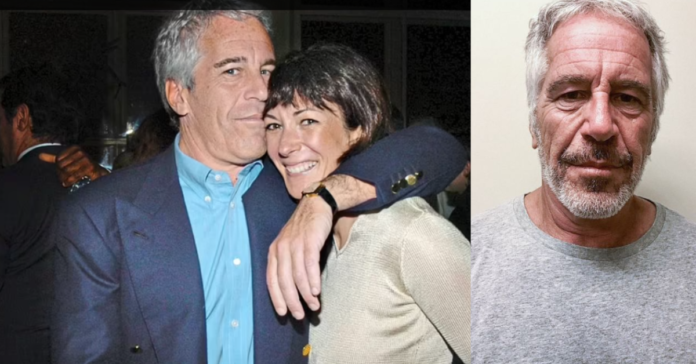 “But I wasn’t in the indictment. I wasn’t mentioned. I wasn’t even one of the co-conspirators. I honestly wish I had never met him.” Maxwell said she wished she never met Epstein.

She also had a message for Epstein’s victims: “I say that Epstein died and they should take their disappointment and upset out on the authorities who allowed that to happen.

“And as I said I hope they have some closure by the judicial process that took place.”

She said in an earlier jailhouse interview:

“I don’t know whether he was or whether he wasn’t. I’m just saying that the history of, and the activities of, the Bureau of Prisons, the lack of transparency and the fact they have many unexplained things that happen within.

“I was shocked. I think anybody would be that somebody had died. So yes, I was totally shocked. There is a culture of untruth that frankly needs to be brought to light. So I’m saying he’s one among many. But I wouldn’t know. I just find it suspicious.

On being moved to her new jail in Florida she said:

“It’s still jail. It’s very far from a cushy country club, as I have seen it reported. You’re locked up the entire time. When they do let you out for an hour there’s not a chair for everybody in the communal space and no way to watch TV.

“And the food is actually better here by a large margin.

“Although I can probably tell you, I will be happy never to see an apple. I haven’t seen a piece of fruit except an apple.

“You think in Florida, at least there’d be an orange. But no.

“It’s very difficult to get to the phone because up until just a few days ago, there were only two phones that worked.

“’Everybody is trying to make calls to their families. So, you know, sometimes you can have a queue.

“They wake you up at six, then at 6.20, something like that, they’ll call for what they call ‘mainline’, which is interesting because I would think that if you’re a drug addict that’s like the trigger word.

“That’s a meal and consists of milk, a cereal.

“So nothing happens then until around 10.30, when they call mainline again, when you go to what they call lunch. And then nothing happens again until you’ll have a count, so you have to stand up at 4pm and they count you.

“And after that you get what’s called the main evening meal, which you get approximately 20 minutes to eat. The lights go out at around ten.

“I do not possess a single suicidal bone in my body.

“I have never been suicidal. I’ve never contemplated it.

“I’ve never thought about it. It has never crossed my mind in my entire life. And I am very adamant on who I am and I’m very excited and look forward to my appeal.

“So the reason they put me on suicide watch was as a punishment – because I have filed a number of grievances and have made clear that the authorities broke the rules and harmed me physically and my ability to defend myself and many other things besides.

“And, actually, given what I have seen and witnessed in jail – guards selling drugs and being inappropriate in every way, I have seen all those things and therefore feel prisons are not safe spaces.

“Until you’ve been here, you really don’t understand how appalling it is. I would tell anybody to do everything possible to avoid coming to jail.

“It is a very, very, very strong appeal, across multiple important aspects of the law that need to be looked at and re-adjudicated so that it can be rewritten,” she said.