I will tell you what, you couldn’t PAY me to go to NYC nowadays, and I love New York. I think it’s an amazing city…or was. I was there once, before this hellish liberal nightmare crime wave took over. Now, I wouldn’t go near it, I’d be afraid of being targeted by the bad guys… because the city is flooded with them. And that’s what a Fox News meteorologist found out the painful way when he tried to help someone who was being harassed by a group of teens, and he ended up getting beaten pretty bad as a result, and noting happened to the bad guys… They were released, without being arrested.

The New York Post reported that a Fox News meteorologist was pummeled by a group of teens when he tried to stop them from harassing another straphanger on a Manhattan subway early Sunday, cops and the prognosticator said.

Weatherman Adam Klotz, 37, recounted the vicious attack in an Instagram video, appearing bruised and battered as he described how he was coming home on a train after watching the New York Giants NFL playoff game at a bar when he saw “this older gentleman was being hassled by this group of seven or eight teens.”

“I was like, ‘Yo, guys, cut that out.’ And they decided, ‘Alright, if he’s not going to get it, you’re going to get it.’ And boy did they give it to me,” Klotz said. “They had me on the ground. My ribs are all bruised up, too. They got their hits in.”

Police sources said the meteorologist was on a No. 1 train around 1:15 a.m. when he confronted the teens, who may have been smoking weed at the time, too.

The young suspects fled the train at the 18th Street station after the assault, but three of them — two 15-year-olds and a 17-year-old — were soon nabbed by cops, sources said.

“Juvenile reports were prepared, and their parents were called to pick them up,” a rep for the NYPD said Sunday.

It’s unclear why the three nabbed suspects were released without facing charges, but an NYPD spokesman ​claimed​ Sunday that the department did not have that option because of their ages​ and the fact that the crime involved an apparent misdemeanor​.

And liberals wonder why NYC and other cities they run are going down the preverbal drain? 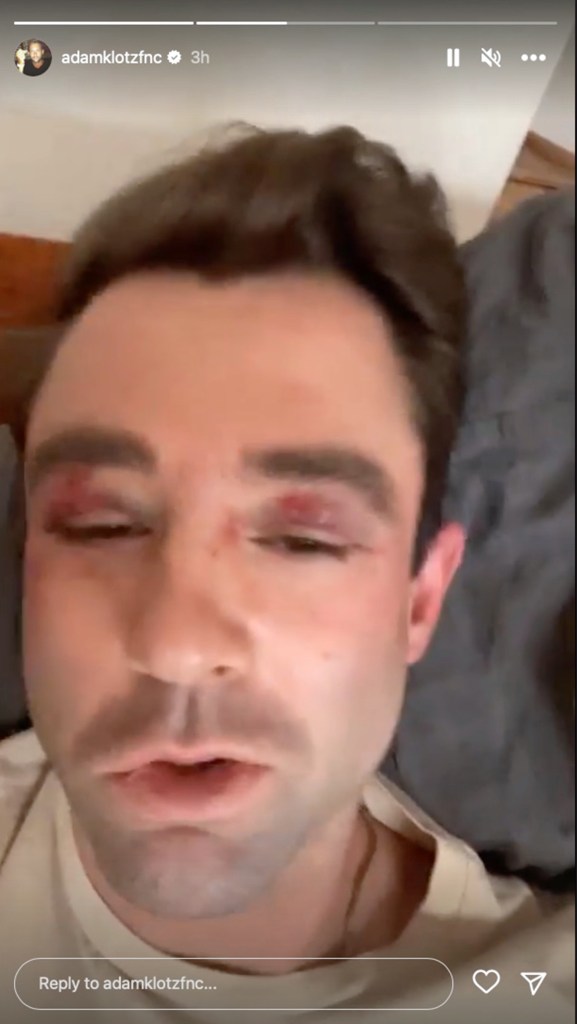 So, just to recap, in NYC, it’s perfectly fine for strong, angry 17-year-olds to beat the ever-loving crap out of you.

Remember that the next time you’re thinking about where to go on your vacation.

The Media Will Stop Talking About California's Latest Mass Shooting in 3...2...1