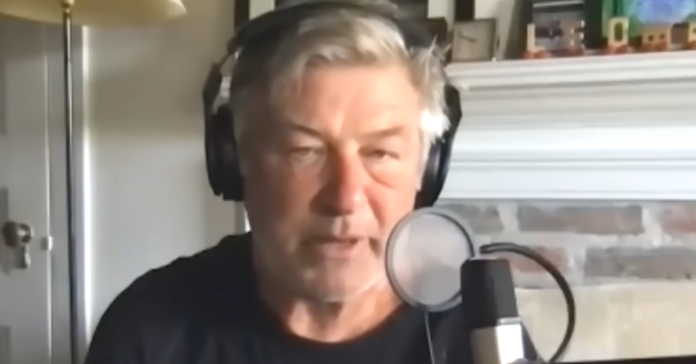 Alec Baldwin received major backlash for a very creepy post on social media, his first post since getting hit with two criminal charges in the shooting death of Rust cinematographer Halyna Hutchins.

He posted a  photo of his wife, Hilaria Baldwin, getting a back rub from their 6-year-old son, Leo, with the caption”: “The old ‘let me give you a back rub’ ploy.” Internet users were stunned at the creepy post and let Alec have it.

“Sexualizing children is always so weird but your own child? Yikes,” one said. “Alec. The back rub ‘ploy’ is a joke between grownups not mother/son omg Google it or something. Someone please tell him,” another said.

“That’s a pretty f*cking weird comment to make on a photo of your son and his mother,” another  Instagram user said.

Alec later edited the caption with the note: “I adjusted the text. I guess because…you know…there is so much of that Reddit trash out there.”

“The old ‘let me give you a back rub’ ploy. Potato chips to follow.”