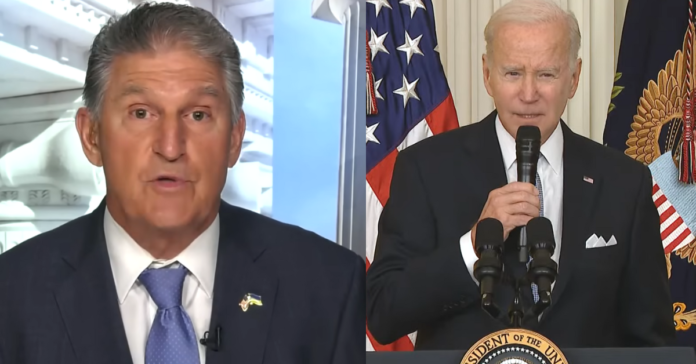 Dem Senator Joe Manchin put President Joe Biden on notice over his classified document scandal calling what Joe did “extremely irresponsible and disturbing.” And he is not the only high-profile Dem to call out Biden.

“This news raises serious questions and the appointment of an unbiased special prosecutor to investigate the matter is the right step.” Rep. Katie Porter, D-Calif., said: “Classified documents belong in classified settings, and I think you heard me say oversight is not a partisan thing. Good oversight means you’re willing to hold any rule breaker to account.

“We should be asking for answers in a respectful way, and we should be expecting to get honest ones.”

“I mean, it’s embarrassing that you would find a small number of documents, certainly not on purpose.

“They don’t think it’s the right thing and they’ve been moving to correct it, working with the Department of Justice, working with everyone involved, with the National Archives, and so from my perspective, you know, it’s one of those moments that obviously they wish hadn’t happened.”

“DOJ also took for further review personally handwritten notes from the vice-presidential years. DOJ requested that the search not be made public in advance, in accordance with its standard procedures, and we agreed to cooperate.

Biden said earlier about the scandal:

“I have no regrets.

“I’m following what the lawyers have told me they want me to do. It’s exactly what we’re doing. There’s no ‘there’ there.

“We found a handful of documents that were filed in the wrong place.

“We immediately turned them over to the National Archives and the Justice Department.

BREAKING: Feds searched Biden’s home in Wilmington yesterday for nearly 12 hours and they found “six items consisting of documents with classification markings and surrounding materials, some of which were from the President’s service in the Senate” pic.twitter.com/bizExMsxPJ

“You think the White House should come to the table and talk to Republicans about some cuts in spending in exchange for raising the debt ceiling?”