Joe Biden’s Chief Of Staff To Resign, Susan Rice May Replace Him According To New York Times 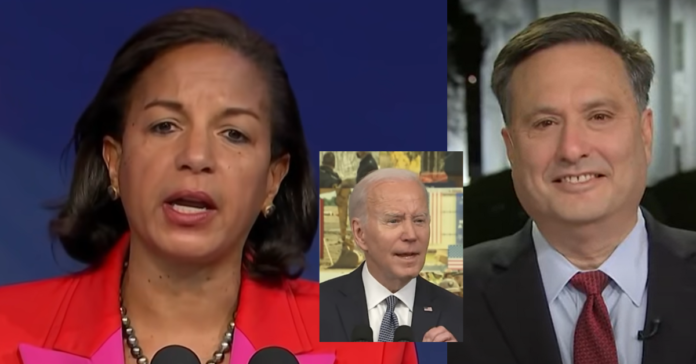 President Joe Biden’s chief of staff, Ron Klain, is expected to resign in the coming weeks according to a bombshell report by the New York Times and Susan Rice is on the shortlist to replace him.

The Democrats love to pick ‘firsts’ and Rice would be the first woman named White House chief of staff so prepare yourselves now. Biden, despite some rough patches, has not fired anyone in a key position so this would be a major shakeup at the White House.

There are rumors floating in DC that Karine Jean-Pierre, who is another first and who has been the worst press secretary in recent history, will be leaving soon to be replaced by John Kirby. The Times sources say Klain will announce his departure after Biden’s state of the union on February 7.

According to The New York Times:

“Former Gov. Jack A. Markell of Delaware, now serving as ambassador to the Organization for Economic Cooperation and Development.

“Steven J. Ricchetti, the counselor to the president.

“And Tom Vilsack, the secretary of agriculture.

“Neither Mr. Klain nor any of those named as possible candidates to succeed him had any immediate comment on Saturday in response to messages.

“Ms. Dunn has flatly ruled out taking the job in conversations with colleagues.”

Breaking News: Ron Klain is expected to step down as White House chief of staff in coming weeks, according to Biden administration officials. https://t.co/bH43TqSifS

#BREAKING: @WHCOS Ron Klain to step down as President @JoeBiden‘s chief of staff, according to reports.https://t.co/L7K0x0usKR

Thanks to the Biden-Harris Administration, we’re investing in America—more Americans applied to start a small business in the past two years than ever before.

That’s not an accident. pic.twitter.com/ef3zGCpFjM

Jeremy Renner Gives Heartbreaking But Hopeful Update On Injuries: “These 30 plus broken bones will mend, grow stronger, just like the love and bond with family and friends deepens”