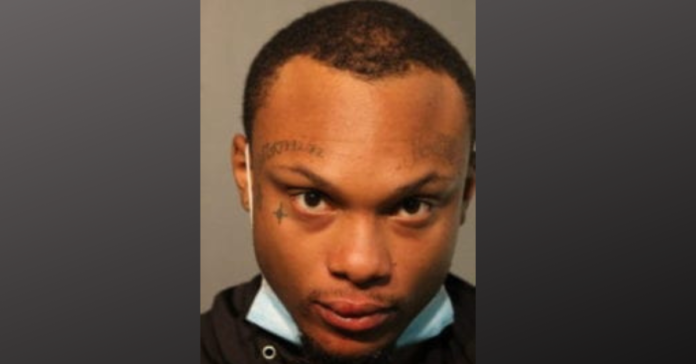 A federal judge threw the book at a Chicago looter sentencing him to 69 months in federal prison for illegally possessing a loaded semiautomatic handgun during the riots, looting in May of 2020.

Ricky Green 28, of Chicago, illegally possessed the gun on the night of May 31, 2020, in the Lake View neighborhood on Chicago’s North Side. Green and other individuals attempted to break into a Target store in the 3300 block of North Ashland Avenue.

“The defendant made a calculated decision to carry the gun while committing another serious crime, attempted burglary,” Assistant U.S. Attorneys Corey B. Rubenstein and Sushma Raju said in the government’s sentencing memorandum.

“He brought that gun into the chaos accompanying the pervasive looting and vandalism.

“The defendant’s deliberate decision to use the cover of that historic crisis to engage in his armed offense is particularly reprehensible.”

When Chicago Police officers showed up to stop the looting, Green and the others fled in vehicles. The police gave chase and the car Green was riding in became disabled.

Green took off running and tried to stash a bag containing the gun behind a broom and dustpan in an alley.

He then jumped a fence and tried to hide under the stairs of a home but was caught by police who found the bag with the gun in it.

Green had been convicted in state court of multiple felonies, including a firearm offense, and was not legally allowed to possess the gun.

He was also on parole for his most recent felony conviction at the time he committed hsi federal crime.

A convicted felon has been slapped with a 69-month federal prison sentence for carrying a gun while accomplices tried to loot a Lakeview Target store in May 2020.https://t.co/LFFXxty454