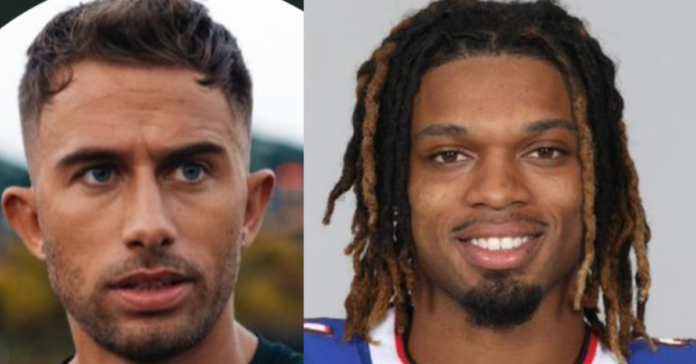 Buffalo Bills safety Damar Hamlin has been making good progress in his recovery from cardiac arrest but he is nowhere near fully recovered and according to a family spokesman, they don’t see him getting back to normal anytime soon.

Hamlin’s longtime friend and business partner, Jordon Rooney, said: “Despite being out of the hospital, Damar still has a lengthy recovery. Damar still requires oxygen and is having his heart monitored regularly.

“He has visited with the team a few times but he still gets winded very easily. He’s upbeat and positive and ready to continue to overcome this.”

Bills coach Sean McDermott said Hamlin has been visiting with the team at Buffalo’s facilities “almost daily” but has been severely limited.

“It’s limited, just overall. But he comes in and really just started really today or yesterday and just trying to get back to a little bit of a routine and just get himself acclimated again and taking it one step, one baby step at a time here.”

He said Hamlin has not been participating in team meetings but is “dipping his toe back in here and, you know, getting on the road to just getting back to himself.”

Bengals receiver Tee Higgins, who was on the other end of the hit that sent Damar to the ground said he hopes to see Hamlin this weekend when the Bengals play the Bills for Sunday’s AFC divisional round game.

“I’m pretty sure we’re just going to chop it up, laughs and giggles and just be happy to see him,” Higgins said.

“Despite being out the hospital, Damar still has a lengthy recovery. Damar still requires oxygen/is having his heart monitored regularly. He has visited with the team a few times but still gets winded very easily. He’s upbeat and positive and ready to continue to overcome this”

Jordon Rooney couldn’t just watch and wait. So he flew to Cincy and hardly slept for 3 days straight.

We had too many people trying to immediate capitalize off of HIS story, so we decided to launch something and give back.

Jeremy Renner Gives Heartbreaking But Hopeful Update On Injuries: “These 30 plus broken bones will mend, grow stronger, just like the love and bond with family and friends deepens”