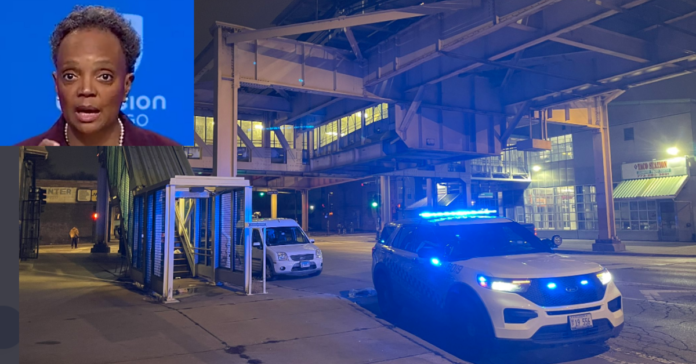 The incident occurred in the 4700 block of West Lake Street around 4:43 p.m. local time. Police say a 33-year-old man pulled out a gun and attempted to rob the 25-year-old male victim.

But the victim had a concealed carry license and pulled out his gun and shot the felon. Police say the two exchanged gunfire but the thug missed while the victim’s aim was true. He shot the robber in the leg.

“Chicago fire said the wounded man was taken to a nearby hospital in fair condition.

“While police pieced together what happened, shuttle buses temporarily replaced Green Line service between Harlem and Ashland, according to a CTA spokesperson.

“Service has since resumed.

“The victim possessed a valid FOID card and concealed carry license. The suspect has been taken into custody and charges are pending.”

A Concealed Carry License holder shot a man who was trying to rob him at the Lake Street Green Line in #Chicago https://t.co/zmMaw5sOpd

New poll from @MattPodgorski9 shows that Paul Vallas and Chuy Garcia are positioned to advance to a runoff, with Brandon Johnson rising in the polls compared to his December poll. Lori Lightfoot and Willie Wilson sank to single digits. #twill #chimayor23https://t.co/ZRqPzva0MS pic.twitter.com/NFsP3iUaxi