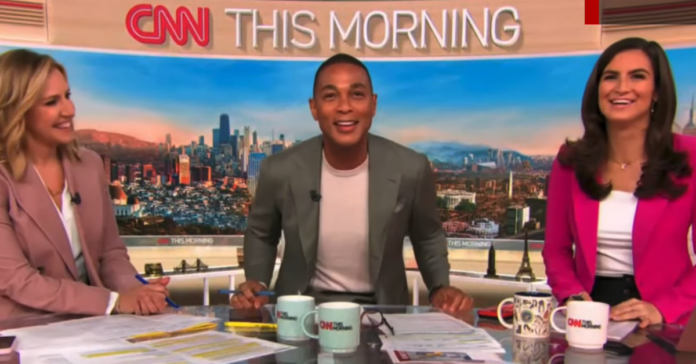 The executive producer for Don Lemon’s new show “CNN This Morning” is out three months after the morning show launched according to multiple media reports.

A network source told TheWrap that during a meeting yesterday the staff of “CNN This Morning” was told by Ryan Kadro, new CEO Chris Licht’s second in command, that Eric Hall was leaving the show amid a ratings slump

But it hasn’t worked out that way. Many media experts predicted CNN moved Lemon to the morning show as a way to get rid of him after it failed.

So far Lemon’s ratings have been even worse than what came before.

“CNN This Morning‘s audience since its debut on Nov. 1 have averaged about 400,000 viewers, compared to the 412,000 viewers that its predecessor, New Day, averaged during 2022, according to Nielsen figures.

Dolly Parton’s Dream About God Inspired New Song She Released On 77th Birthday: “I had a dream about God standing on a mountain, looking down on us”

“Prosecutors Threw The Book At Alec Baldwin, They Threw Everything they Possibly Could At Him” Says ABC Legal Analyst