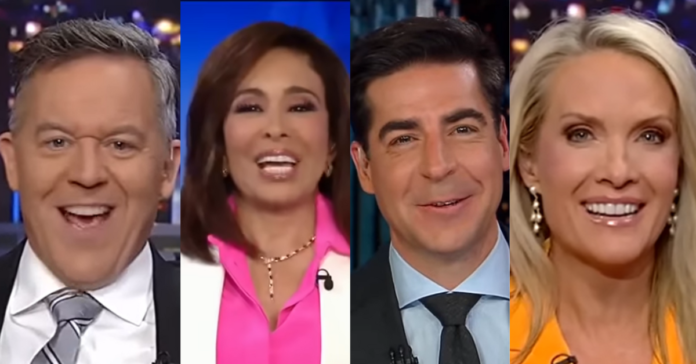 Friday, January 13 was a bad day for struggling CNN. But for one show on Fox News it was a historic day. The Five, starring Dana Perino, Greg Gutfeld, Jeanine Pirro, and Jesse Watters, is the number one show on cable news and it does not air in primetime.

That is history making on its own but what they did to CNN on Friday will go down in the record books. The 5 pm hour on Fox News had more viewers than the combined CNN audiences of @jaketapper at 5pm, @wolfblitzer at 6pm, @ErinBurnett at 7pm, @andersoncooper at 8pm/9pm and @thelauracoates and @AlisynCamerota at 10pm/11pm.

Joe Concha said: “In all my years covering this stuff, I have never seen anything like this before. One show at 5pm (The Five) beats *seven hours of programming combined* on a rival network (CNN)? That’s insane.”

The only non-sports show on cable with more viewers than The Five is the smash hit Yellowstone.

According to The LA Times:

Nielsen data for 2022 rank the Fox News round table program “The Five” as the most watched show in cable news with an average of 3.5 million viewers.

The figure tops “Tucker Carlson Tonight,” which averaged 3.3 million viewers for the year. The figure for the Fox News prime-time show is up 3% over 2021 when it was the most watched program for the year.

The only non-sports cable program with a larger audience than “The Five” is Paramount Network’s hit drama “Yellowstone.”

In all my years covering this stuff, I have ^never* seen anything like this before. One show at 5pm (The Five) beats *seven hours of programming combined* on a rival network (CNN)? That’s insane. https://t.co/AXtXft1lzJ