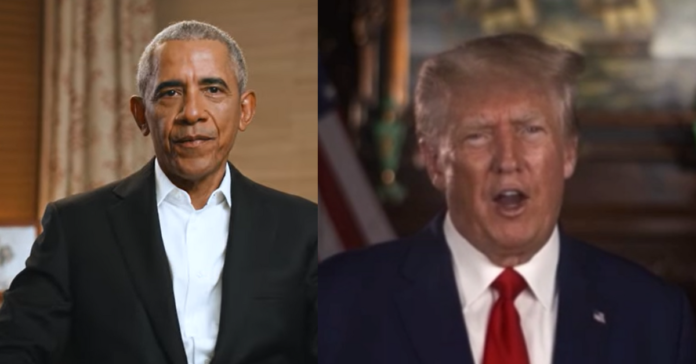 “We’re planning on calling former President Trump and former President Obama,” defense lawyer David Kenner said during a hearing at U.S. District Court in Washington. “These subpoenas are going out for service today.”

“The government is not intending to call any former presidents,” Justice Department lawyer John Keller told Judge Colleen Kollar-Kotelly. But the government will call some officials from the Trump White House, former National Security Adviser H.R. McMaster and Ricky Waddell.

Other witnesses who will be called include Hollywood megastar Leonardo DiCaprio, Former Trump chief of staff John Kelly, and casino mogul Steve Wynn.

Michel was indicted in 2019 on charges that he conspired with a Malaysian businessman, Jho Low, to transfer more than $21 million to the U.S. to back efforts for Obama’s reelection in 2012.

A revised indictment filed last year linked those donations to an influence effort that allegedly continued into Trump’s term and was allegedly aimed at stymieing a Justice Department investigation into the looting of Malaysia’s sovereign wealth fund, 1MDB.

However, before leaving office, Trump granted Broidy a full pardon.

The charges against Pras include one count of conspiracy to defraud the United States government and making foreign and conduit campaign contributions, one count of concealing material facts, and two counts of making a false entry in a record in connection with the conspiracy.

Prosecutors allege Pras received approximately $100 million from Jho Low to influence American politics, at first with illegal political contributions into political committees supporting the re-election of former President Barack Obama in 2012, and later in an attempt to influence former President Donald J. Trump and his administration to end a civil and criminal investigation into Jho Low by the Department of Justice.

Pras is also alleged to have attempted to influence the Trump administration on behalf of the Chinese government to remove a Chinese dissident from the United States and send him back to China.

y’all remember “ Fugees ”Pras Michel ? Well, looks like he wants to snitch on Obama n Trump about $21mi he got caught w/

he now remains the last one standing from all indictees..and he’s fighting this case till the end… any thoughts ? pic.twitter.com/4VKuD9uk3y