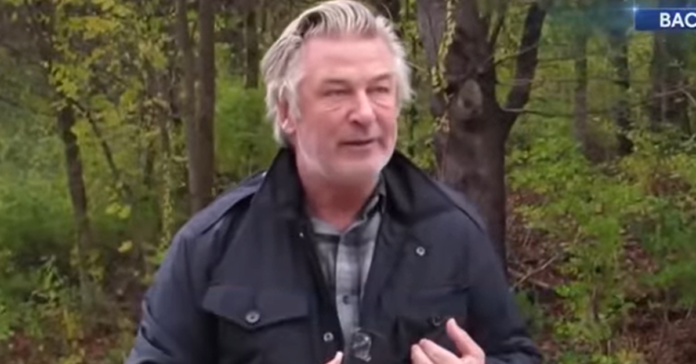 Prosecutors plan to charge Alec Baldwin with involuntary manslaughter in the fatal shooting of a cinematographer on the set of the movie “Rust” in New Mexico in 2021, according to The Wall Street Journal

The film’s armorer, Hannah Gutierrez Reed, is also expected to be charged with involuntary manslaughter according to a person close to the investigation. The film’s first assistant director, David Halls, has agreed to plead guilty to the charge of negligent use of a deadly weapon, according to the source.

Santa Fe-area District Attorney Mary Carmack-Altwies will announce the charges today at 11 am the person said. The charges will be filed by the end of the month.

Breaking: Prosecutors plan to charge Alec Baldwin with involuntary manslaughter over the shooting of a “Rust” cinematographer, a person familiar with the probe said https://t.co/jkQ0sfisdV

“There can be no doubt that others have suffered from Cross-Defendants’ negligence far more than Baldwin has,” Baldwin’s attorney, Luke Nikas of Quinn Emanuel, wrote in the suit.

“Though by no means comparable, Baldwin must live with the immense grief, and the resulting emotional, physical, and financial toll, caused by the fact that Cross-Defendants’ negligent conduct, assurances, and supervision put a loaded weapon in his hand and led him, Hutchins, and everyone else on set to believe that his directed use of the weapon was safe,” the suit said.

The suit continues: “More than anyone else on that set, Baldwin has been wrongfully viewed as the perpetrator of this tragedy.

“By these Cross-Claims, Baldwin seeks to clear his name and hold Cross-Defendants accountable for their misconduct.

“This tragedy happened because live bullets were delivered to the set and loaded into the gun.”

“Baldwin is the one responsible for this tragedy. He pointed the weapon and pulled the trigger,” Guttierez-Reed’s lawyer said.

According to legal scholar Jonathan Turley:

As a producer, it is likely that Baldwin was negligent to some degree in the shoddy precautions and safety conditions on the set.

In a contributory or modified comparative negligence jurisdiction, he could be barred.

However, even if he were found more at fault than the defendants, Baldwin could still recover damages under California’s pure comparative negligence rule.

The discovery in the case could be interesting given Baldwin’s public statements (while insisting that he could not speak publicly on advice from counsel).

This includes denials of ever pointing a gun at another actor, which could lead to challenges based on various movie scenes.

Michigan Priest Says He Went To Hell After Heart Attack: “I was there and I wouldn't wish it on my worst enemy, I don't care what he did to me, no one deserves that”