Michigan Priest Says He Went To Hell After Heart Attack: “I was there and I wouldn’t wish it on my worst enemy, I don’t care what he did to me, no one deserves that” 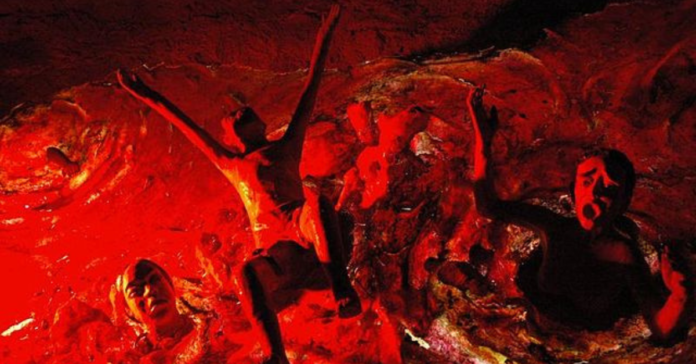 Priest Gerald Johnson from Michigan claimed to have visited Hell after suffering a heart attack and said the awful experience changed his life forever. He said:

“My spirit left my physical body, and I thought I was on my way up to Heaven. I thought I did so much good during my life and that I helped so many people, but even so, I went down to Hell.

“I entered the very center of the Earth.

“The things I saw there are indescribable.

“It brings up so many difficult feelings when I talk about it.”

He said he saw “a man walking on all fours like a dog and getting burned from head to toe. His eyes were bulging and worse than that, he was wearing chains on his neck.

“He was like a hellhound. There was a demon holding the chains.

“Like telepathically, I knew that the demon was sent in this man’s life to ride him from his childhood to his death.

“I was angry with God because I did so much good in my life and ended up in Hell.

“I rose up out of Hell and returned to Earth – and God spoke to me.

“He said ‘ you were secretly angry with people who harmed you, you hoped I would punish them.

“These are not your people.

“These are my people.

“ I just want you to focus on the task I give you.’

“Even though I did good, the thing I had in my heart was a lack of forgiveness for the people who wronged me.

“A man who cannot forgive is a man who forgot that he was forgiven.

“That is my experience from Hell.

Johnson also said there is a section of Hell where music is played. He claims he heard songs like Rihanna’s “Umbrella” and Bobby McFerrin’s “Don’t Worry Be Happy”.

But the original artists were not singing the songs Johnson claims, instead, a group of demons were using the songs to torture us.

Priest Gerald Johnson from Michigan claimed to have visited Hell after suffering a heart attack and said the experience changed his life forever.

But what is it that he’s claiming he saw there?#Hell | #Afterlife https://t.co/t30R4Ddg3j