Kyle Rittenhouse Won’t Back Down After Second Event Canceled: “I will use my voice for good and won’t stop” 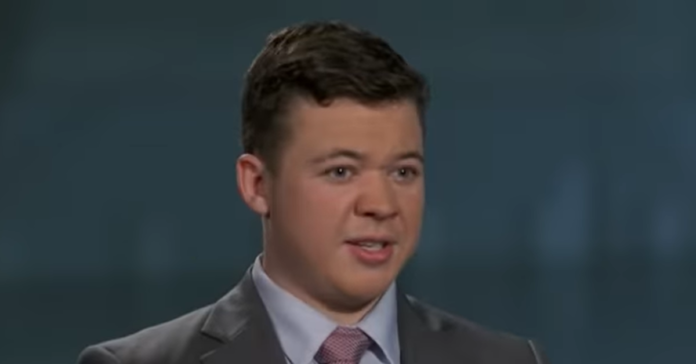 Kyle Rittenhouse fired back at his critics after another event featuring him as a speaker was canceled. This is the second event Kyle had canceled in a few days. Last week a Texas brewery canceled a planned event with Kyle.

And an event planned for this week at the Venetian Resort in Las Vegas was just canceled. Hotel officials announced less than 24 hours before the “private reception” was to take place that it was off. “We do not speak on behalf of our tenants, but want to emphasize this event did not align with our property’s core event guidelines,” officials said in a statement.

Speaking to Sebastian Gorka on Thursday, Rittenhouse blamed the “woke mob” for the cancellations. He said: “But just recently, as of this morning, the Oak Room room at the Venetian canceled us and bent to the woke mob saying we aren’t going to host you guys anymore.

He also slammed the Texas brewing company that canceled his event saying they are not apolitical as their statement regarding him suggested.

“They said they are apolitical, but after doing a dive into their social media, they’ve hosted Pride parades, they’ve had political events there. It’s just because of my name and they’re just being unfair and biased,” he said.

Kyle announced a replacement venue for the Texas event:

“The event will now be held at Lone Star Convention in Conroe, Texas. Southern Star Brewery may have cancelled, but we are still going to make this event happen!

“I’m a proud supporter of the first amendment and I will use my voice for good and won’t stop.

To open his broadcast live from ShotShow 2023 in Las Vegas, Sebastian is joined by @ThisIsKyleR to talk about the Left’s latest efforts to come after him, despite being declared innocent in a court of law. pic.twitter.com/KvSuPK23Oo

The brewery said: “Southern star brewery is an apolitical organization. But we feel that this event doesn’t reflect our own values and we could not in good faith continue to rent our space for the event on 1/26. We don’t do rallies, we make beer for people who like beer.”

Kyle said at the time: “It’s really disappointing to see that places continue to censor me and not allow my voice and many other voices to be heard because they bend to the woke crowd.

“I’ll keep you guys updated on the event on the 26th that I was supposed to speak at.

At the time of publication, an Eventbrite page for the rally still listed the brewery as hosting the event. VIP tickets were available for $275 per person or $500 per couple.

Those who purchase VIP tickets to the event are promised to “get acess [sic] for meet & greet with Kyle Rittenhouse personally and get their pictures with him, drink tickets, swag, etc.”

A poster for the event says that Rittenhouse is an inspiration for “countless patriotic and freedom-loving Americans.”

“He is also fighting against left-wing political pundits who are happy to see the country fall apart as well as big tech tyrants whose censoring has destroyed the fiber of America,” the poster adds.

The event will now be held at Lone Star Convention in Conroe, Texas. Southern Star Brewery may have cancelled, but we are still going to make this event happen! I’m a proud supporter of the first amendment and I will use my voice for good and won’t stop. 🇺🇸🇺🇸🇺🇸🇺🇸 https://t.co/hZmJ68aLW2

This event is located in Las Vegas Nevada. In the oak room at the Venetian https://t.co/UBNERQEPFS

A message from us at Southern Star: pic.twitter.com/v10pHCai2l

“If all printers were determined not to print anything till they were sure it would offend nobody, there would be very little printed.”
Benjamin Franklin

Did You Hear The Reason Why The DOJ Didn't Give Oversight To Biden Attorney's Classified Doc Search?