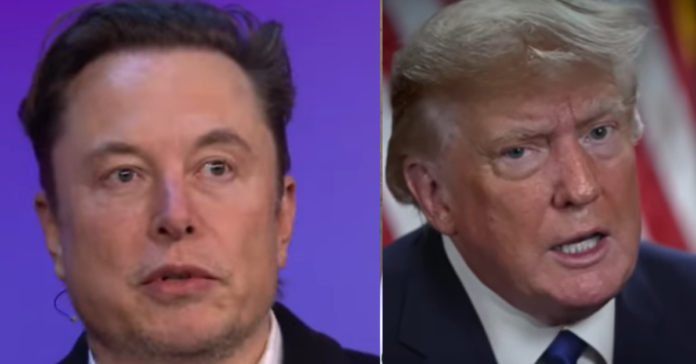 Former President Donald Trump is preparing to return to Twitter according to media reports and Elon Musk fears the Biden administration may come after Twitter as a result. Trump’s campaign is formally petitioning Facebook to let him back on the platform.

NBC news saw a copy of a letter sent to Facebook that said: “We believe that the ban on President Trump’s account on Facebook has dramatically distorted and inhibited the public discourse.”

Trump’s letter did not threaten a lawsuit but instead talked about free speech and asked Facebook for a “meeting to discuss President Trump’s prompt reinstatement to the platform.”

A Facebook spokesperson said the company “will announce a decision in the coming weeks in line with the process we laid out” as to Trump’s return.

“Trump is probably coming back to Twitter. It’s just a question of how and when,” a Republican who spoke on condition of anonymity to discuss private conversations with Trump told NBC.

Will be interesting to see how the Biden administration reacts to this.

They may try to weaponize Federal agencies against Twitter.

“He’s been talking about it for weeks, but Trump speaks for Trump, so it’s anyone’s guess what he’ll do or say or when.”

Trump may be limited to posting on other platforms because of his deal with Truth Social but a clause in the contract reportedly would allow him to post for his campaign.

One Trump friend said his campaign advisers have discussed ideas for his first tweet back recently.

Adam Schiff does not want Trump back on Facebook and wrote a letter to the company saying:

“Trump has continued to post harmful election content on Truth Social that would likely violate Facebook’s policies, and we have every reason to believe he would bring similar conspiratorial rhetoric back to Facebook if given the chance.”

But Elon Musk let Trump back on Twitter and will not cave to the likes of Adam Schiff who Musk busted violating the US Constitution.

Musk responded to the NBC story by saying:

“Will be interesting to see how the Biden administration reacts to this.

“They may try to weaponize Federal agencies against Twitter.”

BREAKING: Donald Trump is preparing to come back to Twitter, per NBC News.

The best President in my lifetime is coming back to Twitter. Let’s get this party started.

Will there be a dialog between Trump and Musk? 😱

Kyle Rittenhouse Won’t Back Down After Second Event Canceled: “I will use my voice for good and won't stop”