GOP Demands Visitor Logs from Biden’s Home, Joe Says He Doesn’t Have Them Because House Is ‘Personal’ 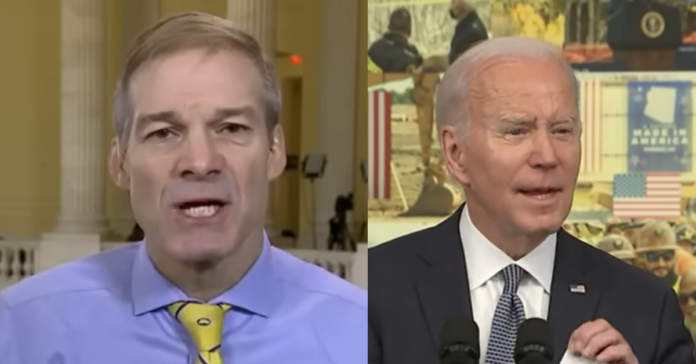 The head of the House Oversight Committee, Rep. James Comer (R-KY),  demanded President Joe Biden’s administration turn over all information related to its searches uncovering classified documents at the Biden home including the visitor’s log to the residence.

But team Biden says they don’t have them adding another layer to the growing scandal. Comer said: “President Biden’s mishandling of classified materials raises the issue of whether he has jeopardized our national security.

“My concern is that a special counsel was called for, but yet after that, we still had the president’s personal attorneys, who have no security clearance, still rummaging around the president’s residence looking for things.

“Without a list of individuals who have visited his residence, the American people will never know who had access to these highly sensitive documents.”

“As Chief of Staff, you are head of the Executive Office of the President and bear responsibility to be transparent with the American people on these important issues related to the White House’s handling of this matter.”

“Congress has an independent, constitutional obligation to oversee all aspects of the Justice Department. And that includes special counsels as well.”

“Like every President in decades of modern history, his personal residence is personal.

“But upon taking office, President Biden restored the norm and tradition of keeping White House visitors logs, including publishing them regularly, after the previous administration ended them.”

The Secret Service, despite having a detail assigned to the home, said they do not have a record of visitors.

House Republicans demand the White House turn over all information related to its searches that have uncovered classified documents at President Joe Biden’s home and former office in the wake of more records found at his Delaware residence. https://t.co/s4gacJJXiG