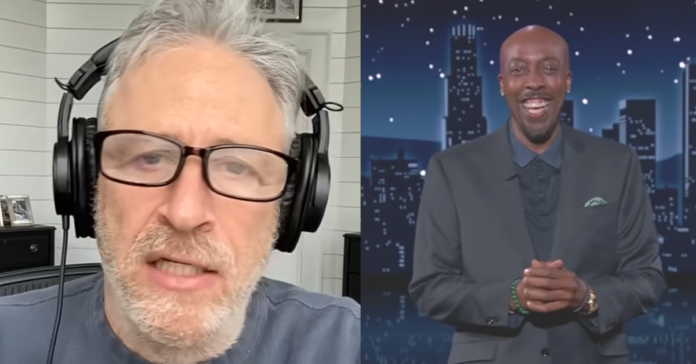 CNN’s new boss Chris Licht is looking for any way he can save the failing network and may have hit on a novel cure for what ails CNN. According to a new report by Semafor’s Max Tani, Licht is considering hiring a comedian to host one of its primetime shows.

The “news entertainment” personality would fill some if not all of the primetime 9 to 11 p.m. hours with a ‘nontraditional version of the news.’ CNN executives have floated names like Bill Maher, Trevor Noah, Arsenio Hall, and Jon Stewart for the spot.

CNN may be responding to the massive success of Fox News’ Gutfeld. That show is dominating the ratings and has revolutionized late-night television. Some are not sure this will save CNN. “Such an experiment could also deliver a programming disaster,” the Washington Post’s Erik Wemple said.

“Consider a scenario in which said entertainer was on air at the moment that an overseas war broke out, or an earthquake struck, or some statesperson died. Watching the network scramble to switch back into hard-news mode — well, that would surely be entertaining.”

“CNN president Chris Licht hinted at his desire to sign Stewart in an interview last year with the New York Times, saying he’d love to bring on the former late night host, but Stewart remains under contract with Apple.

Maher is a potentially more realistic prospect: The host of HBO’s long-running weekly show that bears his name is already in-house at Warner Bros. Discovery, CNN’s parent company (Puck’s Matt Belloni reported this week that CNN is in talks to begin airing some of Maher’s weekly extra HBO segments).

“They’re looking for their version of John Oliver,” one television news insider familiar with the search told Semafor.

Executives have also discussed turning the 9 p.m. to 12 a.m. hours into a series of shows modeled like a variety program, with “shows within shows”  for different journalists, one network executive told Semafor.

A source at CNN told Mediaite there had been “some talk” that the network execs would like to have a “non-news person” in that 9 pm spot, but was unable to confirm any concrete decisions being made in that direction.

Another source at CNN with knowledge of Licht’s thinking confirmed to Mediaite the network head was looking to “take a big swing” to find a notable name for the 9 pm ET slot, including considering hiring someone with an entertainment background, and provided some additional details on the internal chatter.

Licht is absolutely willing to hire a comedian for that timeslot, the source confirmed, as part of his overall efforts to reshape the network (updated graphics and promotional packages should be forthcoming soon, as one example).

The source pointed to the large number of Americans who have been getting their news from late night shows like Comedy Central’s The Daily Show and Colbert’s show, which Licht previously ran.

Licht also launched MSNBC’s Morning Joe, another show highlighted by the source as a news program driven by the personalities of the hosts and includes entertainment elements.

CNN wants to become MORE of a joke. The network is planning to hire a comedian as their newest prime-time host. https://t.co/F9Zdp7G0oJ