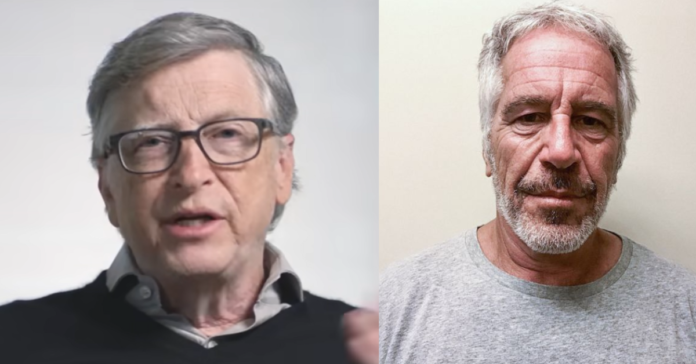 Microsoft co-founder Bill Gates invited Reddit users to an “ask me anything” session but it backfired when he was grilled about his connections to Jeffrey Epstein. Gates talked about his favorite rock band (U2), climate change, taxation of the wealthy, and about how much US farmland he owns.

But he would not answer any questions about Epstein. One Redditor asked Gates: “Why did you continue associating with Jeffrey Epstein after he was convicted of being a pedo? And against your then-wife’s advice and wishes?”

“Why did you funnel donations through Epstein as opposed to publicly donating via your well-known ‘philanthropic’ foundation?” The user was talking about an interview Melinda Gates, Bill’s ex-wife, gave where she said Epstein was ‘evil personified.’

Melinda Gates told CBS Gayle King about her divorce from Bill: “It was many things. But I did not like that he’d had meetings with Jeffrey Epstein. I made that clear to him.”

She said she met the disgraced Epstein “exactly one time because I wanted to see who this man was. And I regretted it from the second I stepped in the door. He was abhorrent. He was evil personified.

“I had nightmares about it afterward. So my heart breaks for these young women.

“On the day I got married, I never thought I would end up being divorced.

“I thought we had worked through some of that.

“There just came a point in time where there was enough there that I realized it just wasn’t healthy.

“And I couldn’t trust what we had.

“I had a lot of tears for many days. I mean days where I’m literally laying on the floor of the carpet.

“I certainly was angry. I mean this is painful stuff.

“And at the end of the day, though, I started on this journey of healing, and I feel like I’m starting to get to the other side.”

“I hope that happens for me again,” she said of finding love again. “You know, I’m dipping my toe in that water.”

Bill said: “At the time, I didn’t realize that by having those meetings it would be seen as giving him credibility. You’re almost saying, ‘I forgive that type of behavior,’ or something. So clearly the way it’s seen, I made a huge mistake not understanding that.”

Melinda Gates now with her first extensive comments on her divorce from Bill Gates last year.

Melinda: I shed “a lot of tears for many days,” and recalled lying on the carpet thinking, “How can this be? How can I get up? How am I going to move forward?”pic.twitter.com/w1AHvqCmir

Their marriage lasted 27 years. Then a year ago, out of the blue, Melinda and Bill announced they were separating. Suddenly everything seemed to unravelhttps://t.co/DzEaZZ4duO

Watch This Argument Between Two Teens And Decide if The Young Man Was "Justified" in Hitting The Girl...