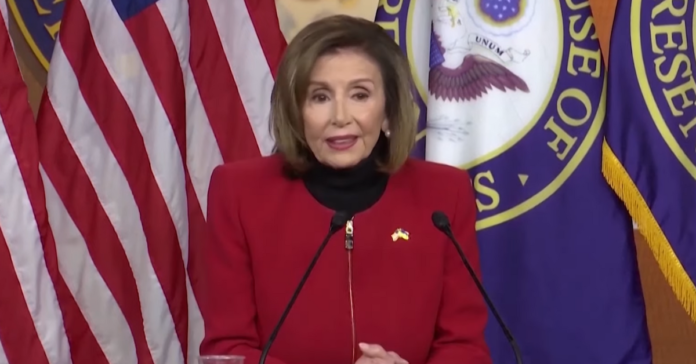 Nancy Pelosi and her husband Paul suffered massive losses in the stock market according to federal disclosure forms. Pelosi’s stock trades have been widely criticized and started a bipartisan movement to ban stock trades by members of Congress and their spouses.

Pelosi has made tens of millions of dollars in well-timed stock trades during the past few years congressional records show. But the Pelosi’s had a bad stretch and reported losing over $2.5 million in the final weeks of 2022.

Some experts say Pelosi’s losses could be a tax strategy ‘tax loss harvesting.’ According to CNBC: “For those seeing red on their portfolio page, there is one silver lining, though. If you sell an investment at a loss, the IRS allows you to use that loss to offset gains and income. Taking advantage of these rules is a strategy known as tax-loss harvesting, and you have until the end of the year to do it if you want to lower your 2022 tax bill.”

“Paul Pelosi, the husband of then-Speaker Nancy Pelosi, lost over half a million dollars selling Tesla stock in December as Elon Musk’s electric vehicle and solar panel manufacturer sank amid broader fears about his focus company after his takeover of Twitter.

The trades the Pelosi’s took big losses on are:

Breaking🚨: Nancy Pelosi just sold up to $8.25M worth of stocks

Notably, she lists ~$2.5M in total losses, but does not list the profits