Matt Gaetz And Lauren Boebert Say All Jan 6 Footage Will Be Released By GOP House: “Speaker McCarthy says he’ll be releasing all the footage from January 6th” 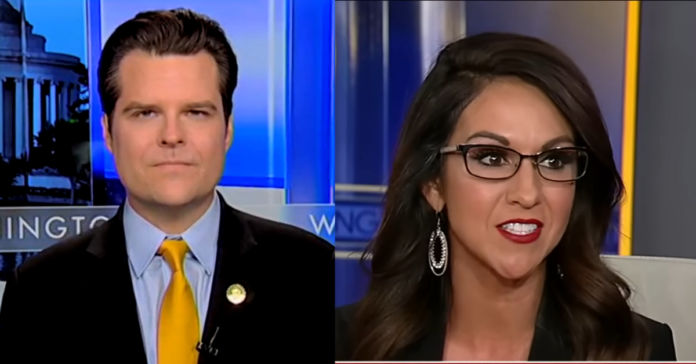 U.S. House Rep Matt Gaetz (R-FL) appeared on Tucker Carlson’s Fox News show last night and said the GOP-controlled House will release all the Jan. 6 footage. Matt said he is unsure what the footage will show but it was important to make it all public.

Matt said: “The American people deserve to know the truth about what happened on January 6th. We have demanded to see all the footage. Transparency is coming.

Every time from the JFK files, to 9/11, to now January 6th. It’s our own government, our own Department of Justice that seems to stand in the way of transparency.” GOP Rep Lauren Boebert said:

“Speaker McCarthy says he’ll be releasing All the footage from January 6th.”

“George Santos will have to go through the congressional ethics process. I don’t want to prejudge that process, but I think he deserves the chance to at least make his case.

“There are requirements members of Congress have to meet when it comes to the money that they donate to their own campaigns.

“But until then, I don’t think that George Santos should be subject to shunning because the Americans he serves deserve representation, and they have real challenges, and we ought to work together to solve their challenges and meet their needs.

Gaetz doubled down on his call to give C-SPAN cameras more access in the House chamber like during the Speaker vote:

“If we had cameras on the floor, my suspicion is we would have far better attendance during debates that impact the lives of our fellow Americans.

“The public value of being able to see the human interactions in frustration, in warmth, in all of those things far outweighs the risk that people will play to the cameras.

“I mean, we have that during debate one way or the other.

“I think some of the old guard in Congress opposes this because they want to continue to maintain the fiction that when four or five people are on the floor spending millions of dollars, that that is actually the action of the whole legislative body when the reality is far different,” he said.

The American people deserve to know the truth about what happened on January 6th.

We have demanded to see all the footage.

ANOTHER trove of classified documents found in the Biden residence.

This is after Cringe Karine said that the search of Biden’s home was complete.

Looks like they’ve got documents coming out of the woodworks over in Wilmington.