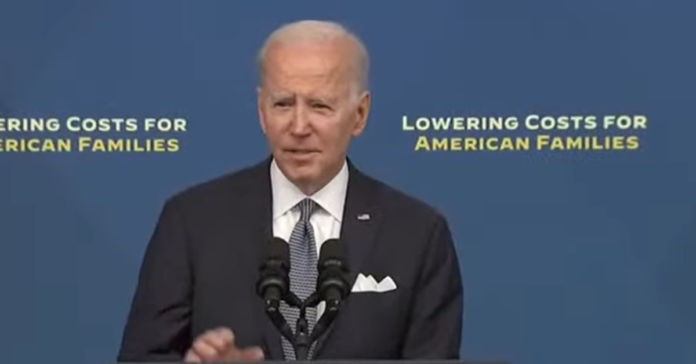 President Joe Biden got some terrible news today when his attorneys announced that a third batch of classified documents was found at President Biden’s residence in Wilmington, Delaware.

Sauber said that when Biden’s personal attorneys identified one classified document at Biden’s home on Wednesday they stopped searching for more documents because they lacked the proper security clearances.

“Because I have a security clearance, I went to Wilmington Thursday evening to facilitate providing the document the President’s personal counsel found on Wednesday to the Justice Department.

“While I was transferring it to the DOJ officials who accompanied me, five additional pages with classification markings were discovered among the material with it, for a total of six pages.

“The DOJ officials with me immediately took possession of them,” he said.

Classified documents were found in Biden’s garage and in the president’s old office at the Penn Biden Center in Washington, D.C.

“The approximately 10 documents marked classified and discovered at the Penn Biden Center included top-secret material, according to a federal law enforcement official familiar with the investigation.

“Top secret is the highest of the three basic levels of classification: confidential, secret and top secret.

“A leak of top secret information could cause “exceptionally grave damage.”

While the White House said it will cooperate with the special counsel, the fact is that it is developing a credibility gap on this issue.

Biden’s lawyers found classified documents in Biden’s office in November and in his home in December. But when the administration first publicly addressed the findings this month, they didn’t mention the documents found in the home.

“Not only did this make it look like Biden had something to hide, it set up the kind of drip, drip of disclosures guaranteed to supercharge a Washington scandal,” CNN’s Stephen Collinson wrote Friday.

Just like the #BidenBorderCrisis, the Biden classified documents story is too big for the mainstream media to ignore—and the American people want answers. pic.twitter.com/907OGeFvQK

MOMENTS AGO: As ‘Garage-Gate’ escalates, President Biden avoids reporters’ questions at the White House on classified documents, flies to Wilmington, Delaware, to relax a little bit, away from Washington. WATCH. pic.twitter.com/ZzZw1dyBUY