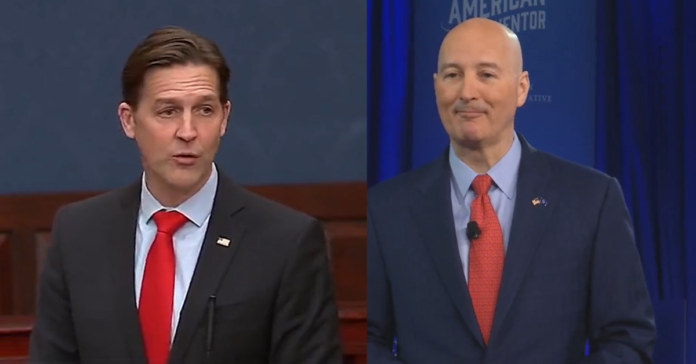 Nebraska Gov. Jim Pillen has officially appointed Ben Sasse’s replacement. Sasse retired from the Senate before his term expired to cash in with a cushy, high-paying job— the president of the University of Florida.

Pillen appointed Pete Ricketts, the state’s former GOP governor, to fill the seat through 2024. “It was extraordinary, great Nebraska people that brought lots to the party, but it was clear the person for the job is Senator designate Pete Ricketts,” Pillen said.

“There’s never been a Nebraskan who has had to run for statewide election in two consecutive terms it’s an extraordinarily rigorous challenge. I don’t believe in placeholders.”

Rickets will have to run in a special election next fall to fill out the last two years of Sasse’s Senate term.

“One of the things we as Republicans need to win elections is to have a broad tent,” Ricketts said.

“I often say Nebraska is what America is supposed to be.

“And there’s never been truer at any time in our history than today,” he said.

Sasse took some parting shots at his nemesis, former President Donald Trump on the way out.

He said: “I’m just sad for him as a human because obviously there’s a lot of complicated stuff going on in that soul.

“Just at a human level, I’m sad for him to be that needy and desperate.”

“I always loved that he kept his word on the judges. And so we got to work closely on judges.”

SENATE: During his farewell remarks, Sen. Ben Sasse (R-NE), who has decided to resign and become the president of the University of Florida, left a message for senators about “performative B.S.”: “Honestly, almost nobody’s watching.” pic.twitter.com/cBreU2eedN

Sen. @BenSasse: “America elected a new guy because they were sick of the old guy. This is also the most basic and obvious explanation for the crap show that’s happening at the other end of this building right now.” pic.twitter.com/gTF4nlBrAi