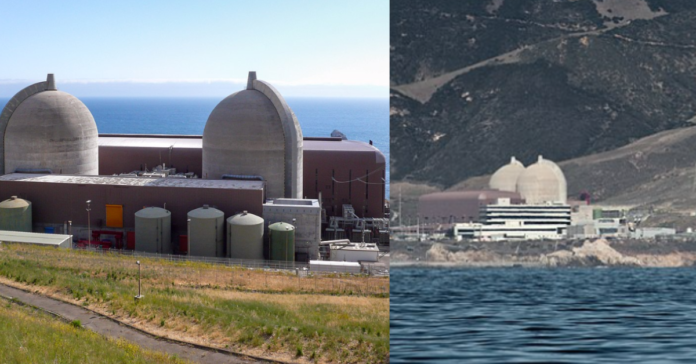 Less than a month before a California nuclear power plant received a billion dollars in federal funding, Pacific Gas & Electric reported a leak in one of its reactors at the Diablo Canyon nuclear plant in San Luis Obispo County.

The damage was to part of its reactor cooling system, PG&E told the Nuclear Regulatory Commission, after an issue with a weld was discovered in a pipe of Diablo Canyon’s Unit 2 reactor. The reactor had been shut down for maintenance. “This event did not adversely affect the health and safety of the public,” the company said in the report.

“We identified a pipe associated with a cooling system where a minute amount of dry boric acid crystals accumulated,” Suzanne Hosn, a spokesperson for PG&E. “I can’t even characterize it as a crack.”

“The communities near Diablo Canyon deserve to know the full details of the incident, how it happened, why it wasn’t discovered earlier, and how long it took for PG&E to identify the damage to the reactor coolant system,” said Environmental Working Group President Ken Cook.

PG&E has reported a leak in one of its reactors at the Diablo Canyon nuclear plant in San Luis Obispo County — leading to more questions about the facility’s infrastructure. https://t.co/unV97PjBhB

“PG&E makes no new or revised regulatory commitments (as defined by NEI 99-04) in this report. All corrective actions identified in this letter will be implemented in accordance with the DCPP Corrective Action Program.

“This event did not adversely affect the health and safety of the public.

“At 0830 PDT on 10/23/2022, during routine outage inspections on Unit 2, it was determined that the reactor coolant pressure boundary did not meet American Society of Mechanical Engineers (ASME) Boiler and Pressure Vessel Code (BPVC) Section XI acceptance criteria due to finding a through-wall indication at a 2-inch stainless steel socket weld (Weld No. WIB-975D) on the cold leg Loop 1 vacuum refill connecting piping (Line No. 1140), and was therefore reportable.

“The presumed cause of the degradation was vibration-induced fatigue propagation of a flaw initiated at a weld defect.

“Corrective actions to address the condition consisted of performing a weld repair in accordance with ASME BPVC Section XI Case N-666-1 during the refueling outage.

“The condition did not adversely affect the health and safety of the public or on-site personnel.

“The boric acid residue found was indicative of a through-wall leak and active leakage was not observed at the time the condition was identified in Mode 6.

“Calculated total RCS leakage rates for the previous Unit 2 operating cycle were negligible, indicating that any through-wall leakage was minimal.

“Additionally, the weld indication was localized in nature with no other accompanying indications.

“The weld repair was completed on 10/31/2022 and passed required inspections. This was the only connecting piping of this configuration on the remaining RCS loops.

“Finalization of the cause evaluation and implementation of corrective actions will be managed in accordance with the DCPP Corrective Action Program,” the report said.

Kevin McCarthy Doubles Down: “If you got the briefing I got from the FBI, you wouldn’t have Swalwell on any committee”