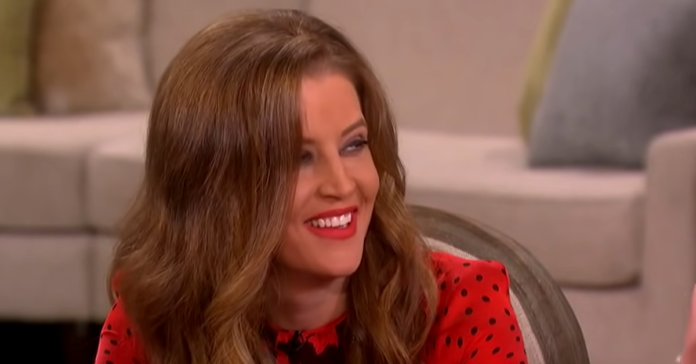 Lisa Marie Presley, singer, songwriter, and daughter of Elvis and Priscilla Presley, has died. She was 54. “It is with a heavy heart that I must share the devastating news that my beautiful daughter Lisa Marie has left us,” Priscilla confirmed in a statement.

“She was the most passionate strong and loving woman I have ever known. We ask for privacy as we try to deal with this profound loss. Thank you for the love and prayers. At this time there will be no further comment,” she added.

Lisa Marie was born in Memphis, Tennessee on Feb. 1, 1968. Lisa Marie moved to Los Angeles when she was 4 years old with her mother following her parents’ 1973 divorce.

“My beloved daughter Lisa Marie was rushed to the hospital. She is now receiving the best care. Please keep her and our family in your prayers. We feel the prayers from around the world and ask for privacy at this time.”

According to TMZ: A source with direct knowledge tells us it was Lisa Marie’s housekeeper who found her unresponsive in her bedroom.

At about the same time, Lisa’s ex-husband, Danny Keough, got home from taking the kids to school and performed CPR until paramedics arrived.

According to The AP:

Los Angeles County paramedics were dispatched to a Calabasas home at 10:37 a.m. following a report of a woman in full cardiac arrest, according to Craig Little, a spokesperson for the county’s fire department. Property records indicate Presley was a resident at that address.

Paramedics arrived about six minutes later, Little said. A subsequent statement from the Los Angeles County Sheriff’s Department said paramedics performed CPR and “determined the patient had signs of life” before taking her to a hospital in nearby West Hills immediately.

Lisa Marie Presley, Elvis’ only child, ran Elvis Presley Enterprises, which had been estimated at a value of $100 million. In 2005, she sold the majority of the estate’s business shares to Industrial Media, but retained control of Graceland, her father’s estate.

She released three studio albums in the 2000s and early 2010s, and is the mother of actor Riley Keough, who has starred in films like “Zola,” “The Devil All the Time” and “Mad Max: Fury Road.”

Her son Benjamin Keough died in 2020 of a self-inflicted gunshot wound.

BREAKING: Lisa Marie Presley, the singer and only child of Elvis, has died at age 54 after she was rushed to a hospital, mother Priscilla Presley says. https://t.co/Gg5yA1t8hg

Lisa Marie Presley has died according to family sources … TMZ has learned. https://t.co/abaQ5Cjzkc