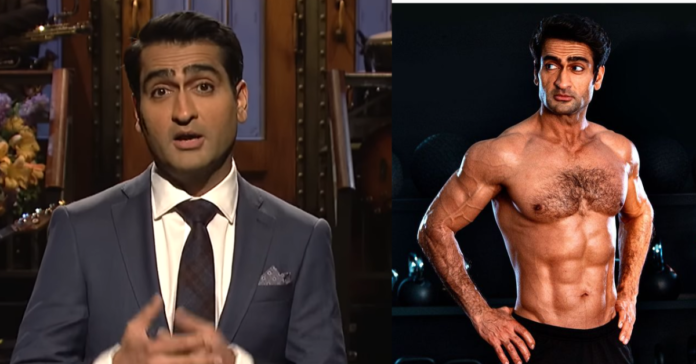 Kumail Nanjiani is a Pakistani-American actor, comedian, and screenwriter. He is best known for his role as Dinesh in the HBO comedy Silicon Valley (2014–2019) and for co-writing and starring in The Big Sick (2017).

He has a new show out called ‘Welcome to Chippendales.’ It tells the crazy but true crime story of Somen “Steve” Banerjee, the Indian-American entrepreneur who started the  Chippendales before taking a dark turn.

The show is based on the book ‘Deadly Dance: The Chippendales Murders’ by K. Scot Macdonald and Patrick Montesdeoca. Nanjiani said, “I’ve never gotten to play an arc like this. By far the most layered, complex, complicated person I’ve ever played.”

He said, “I think that Hollywood now — even though they’re trying to be more diverse — is still weird.”

Nanjiani claimed that “good intentions can sometimes lead to misguided solutions: If the bad guy is a brown guy, what message is that sending?”

He said he wants to play more villains but has been told he is dreaming if he thinks woke Hollywood will cast non-white people as the bad guy.

“And that’s just as limiting as anything else,” Nanjiani said.

He said he wants a career like Sebastian Stan, Winter Soldier from the Marvel Cinematic Universe, who played a cannibal after the big budget blockbuster.

“He does these big Marvel movies, and then he’ll play a psychopath,”  Nanjiani said.

“I was told that’s going to be hard because people don’t want to cast non-white people as bad guys.”

All episodes of #WelcometoChippendales are now streaming on @hulu. Binge ’em all before it’s too late. Otherwise will be major consequences. I can’t get into details right now, but they will be bad. Trust me. It’s safer to just binge them all ASAP. I’d hit play right now. pic.twitter.com/pRfZhdGQeF

Kevin McCarthy Will Consider Expunging Trump's Impeachments: “I understand why individuals want to do it, and we’d look at it”