Alan Dershowitz Is ‘Absolutely Confident’ Trump Won’t Be Indicted For Docs: “That has gone out the window completely today” 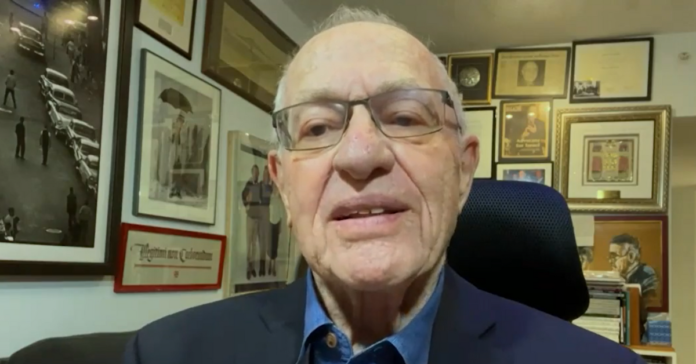 Professor emeritus at Harvard Law School, Alan Dershowitz, said former President Donald Trump is “the big winner” after President Joe Biden was found to have classified documents at his home and office.

Alan added that he is “absolutely confident” Trump will no longer be charged for documents obtained at Mar-a-Lago during a search by authorities. Alan said: “If you have two people running for president against each other, both of whom have mishandled classified material…

“Even if there was any possibility that Trump could have previously been indicted for the mishandling of classified material at Mar-a-Lago, that has gone out the window completely today.

“This will make it harder for Garland to accept a prosecution of Donald Trump on that charge.

“It will open him up to a double standard.

“In the end, the Attorney General makes the decision to prosecute or not.

“But I think the Mar-a-Lago thing has been essentially trumped by the disclosures involving Biden.

“It has to be substantially worse than what three Democrats did,” he said.

Professor @AlanDersh says that classified materials being found in Joe Biden’s home and office is going to make it very hard for the DOJ to indict President Trump. pic.twitter.com/JfEOGxfC7X