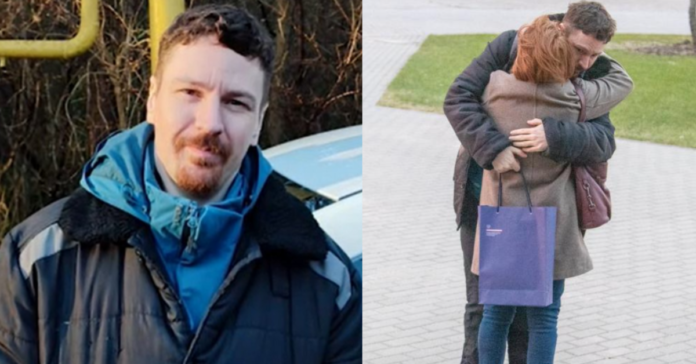 A veteran of the US Navy was released after nearly a year in Russian custody, his family said today. Taylor Dudley, 35, was detained in April 2022 after he crossed from Poland into Kaliningrad, a standalone part of Russian territory between Poland and Lithuania.

The Lansing, Michigan native was in Poland attending a music festival. It is not clear why he crossed the border into Russia at this time. His release was brokered by the Richardson Center for Global Engagement. Former diplomat and New Mexico Gov. Bill Richardson led the effort.

Jonathan Franks, a spokesman for the Dudley family, said: “Earlier today, Russian authorities released American Citizen Taylor Dudley, a 35-year-old Navy veteran, across the Polish border to Gov. Bill Richardson, his team, and a representative from the US Embassy in Warsaw.

“The Richardson Center worked on diligently and quietly on Dudley’s release for more than 6 months with significant assistance from the Steve Menzies Global Foundation, from Hostage US, and from the James Foley Foundation.

For every case in the @JamesFoleyFund count that is public, there are 3 that aren’t, and this is one of those cases. pic.twitter.com/Mlv7tr0YJx

“The family will be forever grateful for the work of all three.

“The past 9 months have been difficult ones for the family and they ask the media to respect their privacy and give them the space to welcome Taylor home,” he said.

“After six months of intensive work, it’s great to see this release of Taylor Dudley happen.

“We worked it hard in Moscow and Kaliningrad and first raised it during our meetings with Russian officials on Brittney Griner and Paul Whelan and Trevor Reed.”

2/ Taylor, his mother, the Richardson team, and I are en route Washington, D.C.

Please direct all inquiries to me. Please respect this family’s privacy. Please email me or signal me. DM if you need the address.

3/ This never gets old. Welcome back to freedom, Taylor, and thank you for your service. pic.twitter.com/uPGEwfTQ8j

Kevin Costner Issues Heartfelt Statement To Fans About Why He Had To Miss His Big Night: "I'm so sorry for everyone who might have been tuning in to watch”