Priscilla Presley Breaks Silence, Asks For Prayers For Daughter Lisa Marie: Please keep her and our family in your prayers, she is now receiving the best care” 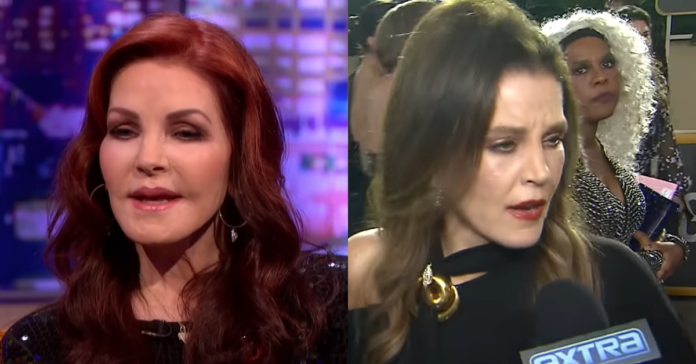 Priscilla Presley broke her silence to People magazine about her daughter Lisa Marie who was rushed to the hospital after suffering cardiac arrest. Priscilla said:

“My beloved daughter Lisa Marie was rushed to the hospital. She is now receiving the best care. Please keep her and our family in your prayers. We feel the prayers from around the world and ask for privacy at this time.”

Lisa Marie’s daughter Riley Keough recently told People magazine that her mother was an “inspiration” and “a very strong, smart woman.” She said: “I was raised by somebody who did their own thing and didn’t really care what other people thought.

“She was definitely inspirational to me.”

According to TMZ: A source with direct knowledge tells us it was Lisa Marie’s housekeeper who found her unresponsive in her bedroom.

At about the same time, Lisa’s ex-husband, Danny Keough, got home from taking the kids to school and performed CPR until paramedics arrived.

54-year-old Lisa Maria is the daughter of Elvis and Priscilla Presley. She was rushed to the hospital earlier today after suffering cardiac arrest.

Priscilla Presley says daughter Lisa Marie is “receiving the best care” — telling fans, “Please keep her and our family in your prayers”https://t.co/J0SwYIDRCJ

TMZ was the media outlet that broke the news.

That media outlet said Lisa Marie Presley went into “full arrest” and that “someone administered epinephrine at the scene” in order to help Presley regain a pulse.

TMZ also reports that “paramedics performed CPR Thursday at her house in Calabasas” before rushing Pressley to the hospital for further treatment.

EMTs responded to the singer’s home in Calabasas, California on Thursday for a possible cardiac arrest, just two days after Presley attended the 2023 Golden Globes with mom Priscilla and Elvis star Austin Butler.

TMZ reported some good news, they claimed the emergency workers were able to regain a pulse before Pressley was transported to the hospital.

Lisa Marie Presley, Elvis’ only child, ran Elvis Presley Enterprises, which had been estimated at a value of $100 million. In 2005, she sold the majority of the estate’s business shares to Industrial Media, but retained control of Graceland, her father’s estate.

She released three studio albums in the 2000s and early 2010s, and is the mother of actor Riley Keough, who has starred in films like “Zola,” “The Devil All the Time” and “Mad Max: Fury Road.”

Her son Benjamin Keough died in 2020 of a self-inflicted gunshot wound.

Lisa Marie Presley was hospitalized Thursday after suffering cardiac arrest at her home in Calabasas, Calif., just two days after she attended the Golden Globes with her mother Priscilla Presley and the “Elvis” movie team. https://t.co/4LNNyNB0Ac pic.twitter.com/FxNTDchyKZ

#UPDATE: We’re told Lisa Marie Presley went into “full arrest” … our sources say someone administered epinephrine at the scene at least one time in order to help Presley regain a pulse. https://t.co/aTUn6rgXB3