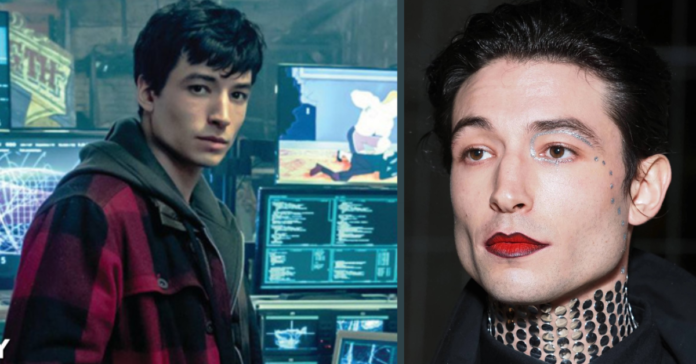 Hollywood star Ezra Miller will plead guilty to a lesser charge in his felony burglary case as part of a deal reached with prosecutors. The 30-year-old actor will take a guilty plea for unlawful trespassing to avoid a multi-year prison sentence.

Miller is expected to enter a guilty plea Friday in Bennington County Superior Criminal Court. Prosecutors propose that Miller face 89 to 90 days in a suspended sentence, as well as a year’s probation and a $500 fine. The maximum sentence for the burglary charge would have been 25 years.

The actor is best known for playing the Flash in the DC Extended Universe movies and Credence in the Fantastic Beasts series. He has been in trouble with the law in multiple states with charges against him in Vermont and Hawaii.

In the Hawaii case, Miller threw a chair at a 26-year-old woman at a private get-together during a massive meltdown.

“Having recently gone through a time of intense crisis, I now understand that I am suffering complex mental health issues and have begun ongoing treatment,” Miller said in August.

“I want to apologize to everyone that I have alarmed and upset with my past behavior.

“I am committed to doing the necessary work to get back to a healthy, safe and productive stage in my life.”

Miller, who uses they/them pronouns, is accused of taking bottles of gin, vodka and rum from his neighbor’s pantry on May 1 at around 5pm.

Vermont State Police said in a statement at the time they were notified of ‘a burglary complaint at a residence on County Road in the town of Stamford, Vermont.

‘The initial findings indicated that several bottles of alcohol were taken from within the residence while the homeowners were not present,’ the statement continued.

‘As a result of an investigation that included surveillance videos and statements, probable cause was found to charge Ezra M. Miller with the offense of felony burglary in an unoccupied dwelling.’

They were arrested in August, and entered their now defunct not guilty plea in October when a judge ordered he stay away from neighbor Isaac Winokur — from whose house he stole the bottles — as well as neighbor Aiden Early.

The Flash star Ezra Miller will reportedly plead guilty to a trespassing charge in the Vermont burglary case where they are accused of stealing three bottles of alcohol from someone’s home. https://t.co/9tQWlZcoSP pic.twitter.com/hYNTIwWOug

According to @Variety, since Ezra Miller has kept out of the spotlight, and has persued mental health treatment, executives are open to the idea of Miller returning in the role of Flash after THE FLASH hits theaters this June. pic.twitter.com/0xviooRrng