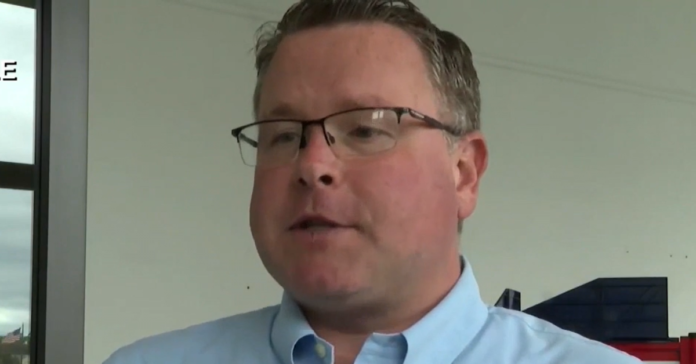 Schofield, age 43, of Troy, New York, pled guilty to unlawfully using the names and dates of birth of voters to fraudulently apply for absentee ballots for elections held in Rensselaer County in 2021.

Schofield was an Elections Commissioner at the Rensselaer County Board of Elections (“RCBOE”) until late last month. He resigned on December 29th to prepare his guilty plea.

The Department of Justice issued a statement that said:

“In pleading guilty to a 12-count indictment, Schofield admitted that in 2021, he unlawfully possessed and used the names and dates of birth of voters in connection with 12 absentee ballot applications he electronically submitted in the voters’ names to the New York State Voter Absentee Ballot Application Request Portal.

“Schofield admitted that for each application, he falsely certified that he was the voter requesting the ballot.

“He also admitted that he took personal possession of 9 of these ballots, while knowing and intending that RCBOE records would falsely reflect that the ballots had been mailed to the voters.

“Sentencing is scheduled for May 12, 2023, before United States District Judge Mae A. D’Agostino.

“On each count, Schofield faces up to 5 years in prison, a fine of up to $250,000, and a term of post-imprisonment supervised release of up to 3 years.

“A defendant’s sentence is imposed by a judge based on the particular statute the defendant is charged with violating, the U.S. Sentencing Guidelines and other factors.  Schofield’s plea agreement required that he immediately resign from the RCBOE.

“This case was investigated by the FBI and is being prosecuted by Assistant U.S. Attorney Michael Barnett,” DOJ said.

In the past year, Jason Schofield is the second public official in Rensselaer County to admit to engaging in ballot fraud. Last June, Kimberly Ashe-McPherson, a former member of the Troy City Council, pleaded guilty to a federal identity theft. @NYTimes https://t.co/MSgKAlZQWf

Peter Doocy Flusters Joe Biden: "Classified materials next to your corvette? What were you thinking?"

Family Gives Amazing Update On Hero NFL Player Who Saved Drowning Kids: “Peyton is off the ventilator and is on the road to recovery”