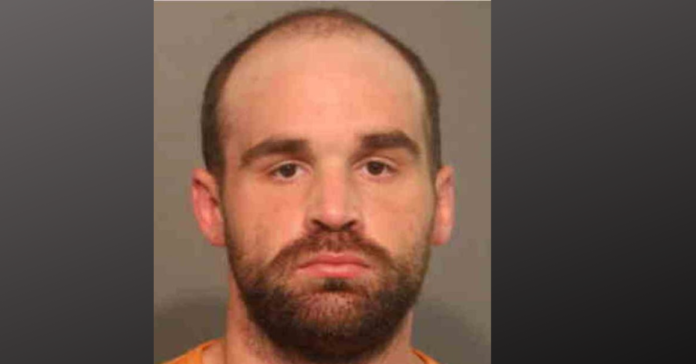 Andrew Squires, 33, pleaded guilty to one count of felony theft according to Chicago media. Around 5 a.m. on July 19, 2021, two men got into an apartment building on the 600 block of West Cornelia and then stole packages and other items from the building’s mailroom before leaving.

One of the irate victims posted the surveillance video on a neighborhood watch page on Facebook. The victim received an anonymous tip that identified Squires, who lived one block away from the robbery.

When he was arrested he was carrying three credit cards all belonging to other people.

A man who was charged with stealing packages from a Boystown apartment building after being recognized by members of a Facebook neighborhood watch group has been sentenced to two years.https://t.co/w08dKnOQFn

Prosecutors said the $1,555 check had the victim’s name and address on the front and appeared to be endorsed with the victim’s signature.

But when police contacted the victim about the check, they allegedly told officers that they did not endorse it and didn’t know Squires.

Squires, 32, admitted to taking the check from a mailbox, prosecutors said Friday. He is now charged with a new case of felony forgery.

Chicago police conducting a search warrant in Humboldt Park allegedly found a gun in the kitchen, suspected narcotics, and a full-time anti-violence worker hiding under a bed with $50,000 cash on the floor.https://t.co/K5XCI0YxqI

A group of heavily-armed men has been robbing victims at ATMs and carjacking people on the street for the past week between Wicker Park and the Lower West Side, according to CPD reports.

The crew struck at least 5 times in about 30 minutes yesterday.https://t.co/vvfvgNJjzQ

It’s the latest in a long series of similar crimes that is jeopardizing the city’s mail service.https://t.co/gyJu24BvEy