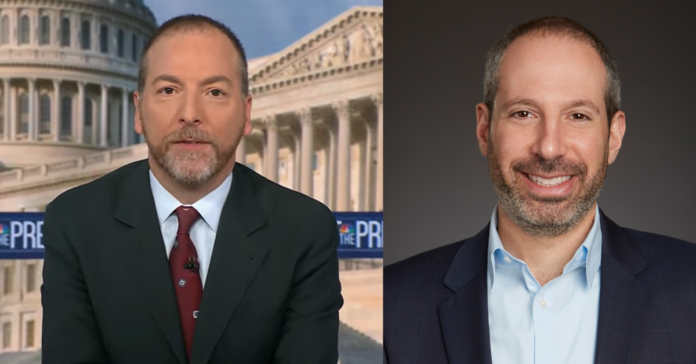 NBC News president Noah Oppenheim is out as part of a major restructuring of leadership at the massive company. NBCUniversal News Group Chairman Cesar Conde made the announcement and said Rebecca Blumenstein, deputy managing editor at The New York Times, was naked NBC News of President, Editorial.

Conde said: “The appointments of Rebecca, Libby and Janelle provide a powerful foundation for the News Group as it continues to grow its leadership position. NBC News, together with CNBC and MSNBC and through our many programs and platforms, reaches more Americans than any other news organization.

“The extraordinary accomplishments of Rebecca, Libby and Janelle and their visions will keep us on the path of continued success, delivering the highest quality journalism in the United States and around the world.”

Blumenstein said “the news landscape is rapidly evolving, with mediums converging at a rate our industry has never seen. I look forward to building on the deep journalistic foundation at NBC news to help NBC News achieve its ambitions.

“I have loved every minute of working at The Times and learned so much working with many of the best journalists in the world.”

NBC issued a statement that said: “Ms. Blumenstein will join NBC News from The New York Times, where she has served as deputy managing editor since 2017.

“At The Times, Blumenstein led an expansion and elevation of business, technology and economic news, and helped to drive the digital transformation of the organization.

“Prior to that, she held a variety of leadership positions at The Wall Street Journal over a 21-year tenure at the organization, including Deputy Editor-in-chief, Page One editor, International Editor and editor of WSJ.com, steering coverage that won many of the profession’s top awards.

“In her new role, she will focus on driving journalism and original content across all of NBC News’s broadcast and digital platforms.

“Libby Leist, who has overseen the rapid growth of TODAY, will be promoted to Executive Vice President, TODAY and Lifestyle, and will join the News Group leadership team.

“Janelle Rodriguez, who has overseen the creation of NBC News’s highly successful and profitable news streaming service, will join the leadership team as Executive Vice President, NBC News NOW, as she continues to build out the streaming news network.

“Under her leadership, NBC News NOW has been the largest and fasted growing streaming news network and provides more live programming than any other streaming news service. As part of the reorganization, Blumenstein, Leist and Rodriguez will report to Conde.

“Throughout her career, Blumenstein has proven herself to be an innovative leader across various platforms.

“At The Times, she dramatically expanded live coverage during the pandemic, the racial reckoning, the 2020 elections and the January 6 insurrection. She served as deputy editor of the Publisher’s Office, a newly created position working closely with publisher A.G. Sulzberger to support The Times’s evolution and led global operations and talent for the newsroom.

“In addition to her extensive accomplishments as an editor and newsroom leader, Blumenstein spent nearly four years as the China Bureau Chief at the Journal and led the team that won the 2007 Pulitzer Prize for international reporting for the series, “Naked Capitalism.”

“Conde said that Noah Oppenheim, who has led NBC News as President since February 2017, will continue to work closely with NBCU in a new capacity, developing scripts and longform productions in partnership with NBCUniversal.

“An accomplished author, screenwriter and producer, Oppenheim launched NBC News Studios, a premium longform unit of the news division, in 2020.

“As a screenwriter, he wrote the critically acclaimed film, Jackie, which was awarded Best Screenplay at the 73rd Venice Film Festival.

“He also co-wrote The Maze Runner, launching a trilogy that has grossed nearly a billion dollars worldwide.

“We are grateful for Noah’s leadership during such an important time, both for us and our profession, and look forward to continuing to work with him in his new role,” Conde said.

“Oppenheim was named president after two years as executive in charge of TODAY. Under his leadership, NBC News has deepened its pursuit of original journalism, significantly expanded its digital newsroom and launched several specialized editorial units focusing on issues ranging from business and technology to climate and election security,” NBC said.