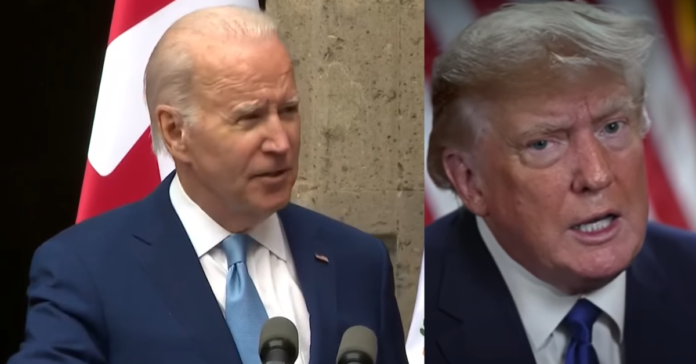 Aides to President Joe Biden have discovered at least one additional batch of classified documents in a location separate from the Washington office where his lawyers found other classified items NBC News is reporting.

“Biden aides have been sifting through documents stored at locations beyond his former Washington, D.C., office to determine if there are any other classified documents that need to be turned over to the National Archives and reviewed by the Justice Department, the person familiar with the matter said.”

EXCLUSIVE: Aides to President Biden have discovered at least one additional batch of classified documents in a location separate from the office he used after leaving the Obama administration, a person familiar with the matter says. https://t.co/CmMHem181N

“The White House is cooperating with the National Archives and the Department of Justice regarding the discovery of what appear to be Obama-Biden Administration records, including a small number of documents with classified markings.

“When is the FBI going to raid the many homes of Joe Biden, perhaps even the White House?”

BREAKING: NBC News reports aides to President Joe Biden have discovered at least one additional batch of classified documents in a location separate from the Washington, D.C., office he used after leaving the Obama administration

🚨BREAKING: Joe Biden is under investigation by U.S. Attorney after classified documents were found in the offices of a Biden think tank from when he was Vice President. The FBI is also involved in the preliminary inquiry.pic.twitter.com/u4W2VyboDl

New Batch Of Biden's Classified Files Found At Another Location