Hollywood Star Warns Young Women About Abortion: “You will regret it your whole life” 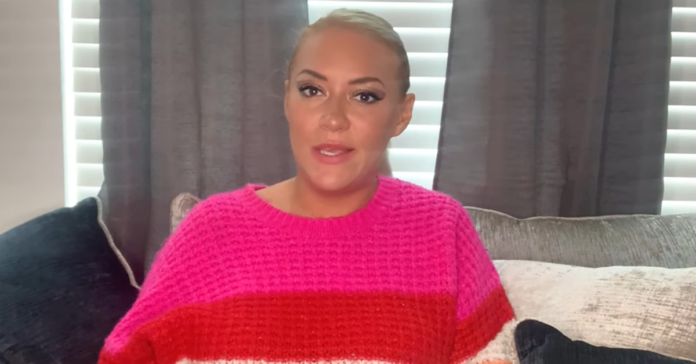 Kaya Jones, a former singer for platinum-selling Pussycat Dolls said the abortions she had when she was younger still haunt her to this day. Jones told Christine Yeargin on the Students for Life’s “Speak Out” podcast that she’d had three abortions before she found Jesus Christ and turned her life around.

“After the first abortion you don’t think you’ve done anything wrong,” the singer said about her first abortion as a teenager when her birth control medication failed. “It’s been normalized, and what is a line until you’ve crossed it?

“You don’t know what a line is once you’ve crossed that line. It’s a slippery slope to continue to cross those lines.” When she got pregnant while in the band they told her “to get rid of it.”

“At that point, because I had already gone through an abortion previously, I didn’t think it was that big of a deal,” she said.

“Nothing on me in that moment said, ‘Caution, this is a lie,’” she said of watching two little girls look up at her during a concert after she had an abortion.

“There was nothing beautiful about me.

Thank you @foxnews @billboard @movieguide @yahoo @StudentsforLife & many others for sharing my story around the world. My story is the same story for millions of men & women. Abortion regret is real. It’s time we heal. It’s time we surrender it all #JesusisKing 👑Surrender 😭🙌🏼 pic.twitter.com/0hPI6WPJ33

“I was completely enchained and bonded to the devil, or the enemy, or the realm of death if you will, where I was living in my worst self.

“I’ve gone through it all. I will assure you, you will regret it your whole life.

“Nothing – even if I become a mother tomorrow and happily married and all is well, I’m still going to regret the three children I did not have.

“It is very painful. There is a lot of anger.

“There’s a lot of regret. And nothing can make that go away but God himself when you lay it at his feet and ask for salvation,” she said.

“I feel we should start talking to young women about it instead of just demonizing it or putting all these regulations—we have to come up with some kind of understanding of the damage.

“Because it’s very damaging, and when you’ve had one you think you can keep having them.

“You don’t think it’s a big deal, and I genuinely think our culture has turned it into a form of contraception.

“This is very, very serious and we do need to discuss it,” she said.

‘I genuinely think our culture has turned it into a form of contraception, this is very, very serious and we need to discuss it’ https://t.co/Csx2sSMhFq pic.twitter.com/z5H8YwT79Q

In an incredibly vulnerable episode, Former Pussycat Dolls singer, Kaya Jones, sits down with Christine Yeargin to discuss her abortion pain and regret for the first time ever on camera. pic.twitter.com/vY1i078EdZ

What's the Deal? Photo of Jill and Joe's House Reveals a Cluttered Mess...