Buffalo Bills Give Fantastic Update On Damar Hamlin: “Damar Hamlin has been discharged from Buffalo General Medical Center to continue his rehabilitation at home” 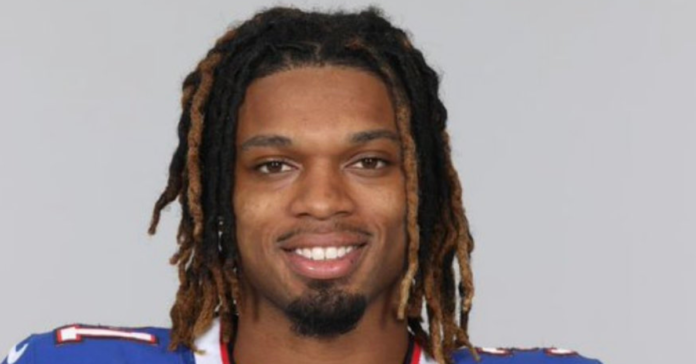 The Buffalo Bills gave a fantastic update on star safety Damar Hamlin revealing that Hamlin has been discharged from the hospital to continue his rehab at home. The Bill said:

“Damar Hamlin has been discharged from Buffalo General Medical Center/Gates Vascular Institute, a health facility in Buffalo New York. Hamlin was admitted on Monday and went through a comprehensive medical evaluation, as well as a series of cardiac neurological and vascular testing on Tuesday.

Jamie Nadler, MD, critical care physician said “We have completed a series of tests and evaluations and in consultation with the team physicians, we are confident that Damar can be safely discharged to continue his rehabilitation at home with the Bills.”

Dr. William Knight IV, a professor of emergency medicine at the University of Cincinnati College of Medicine and director of the Emergency Medicine MLP Program said when he sent Damar to a Buffalo hospital:

“Mr. Hamlin has been released and returned to Buffalo. I traveled with him to the airport this morning with our UC Health air care and mobile care crew, including teammates who were with us on the field when Mr. Hamlin collapsed.

“I can confirm he is doing well and this is the beginning of the next stage of his recovery.”

Before yesterday’s NFL games, he said: “GameDay. Nothing I Want More Than To Be Running Out That Tunnel With My Brothers.

“God Using Me In A Different Way Today. Tell Someone You Love Them Today! Let’s go @BuffaloBills.”

Hamlin said in his first since collapsing on the field Monday:

“The love is felt, & extremely real. No matter race or religion everybody coming together in prayer!

“Putting love into the world comes back 3xs as much.

“Thankful for everyone who has reached out and prayed.

“This will make me stronger on the road to recovery, keep praying for me.”

Putting love into the world comes back 3xs as much… thankful for everyone who has reached out and prayed. This will make me stronger on the road to recovery, keep praying for me! 🫶🏾3️⃣