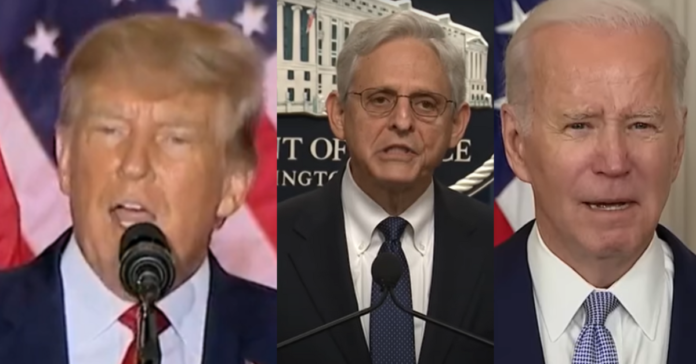 CBS News is reporting that Attorney General Merrick Garland assigned the U.S. attorney in Chicago, John Lausch, to review documents marked classified that were found at Joe Biden’s Penn Biden Center for Diplomacy and Global Engagement. Around 10 documents were found at President Biden’s vice-presidential office at the center CBS said.

The White House is cooperating with the National Archives and the Department of Justice regarding the discovery of what appear to be Obama-Biden Administration records, including a small number of documents with classified markings.

“When is the FBI going to raid the many homes of Joe Biden, perhaps even the White House?”

Biden on 60 Minutes in September reacting to classified documents being found at Mar-a-Lago:

“How does that happen? How could anyone be that irresponsible.” https://t.co/ps6kLurHa3 pic.twitter.com/WiiYBGPOFM

🚨BREAKING: Joe Biden is under investigation by U.S. Attorney after classified documents were found in the offices of a Biden think tank from when he was Vice President. The FBI is also involved in the preliminary inquiry.pic.twitter.com/u4W2VyboDl