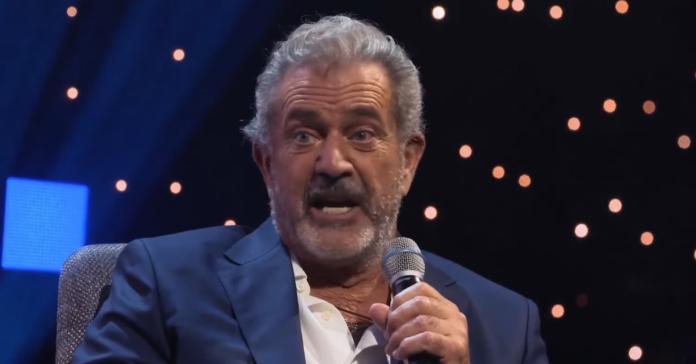 One of the largest Mardi Gras parades, Krewe of Endymion, announced on Saturday that Mel Gibson would be one of the co-Grand Marshals of this year’s parade but they yanked the invitation less than 24 hours later after blowback.

Endymion president Dan Kelly said in a statement: “The Krewe of Endymion has received significant feedback about our grand marshal announcement. Some of this commentary included threats that cause us great concern.

“In the best interest of the safety of our riders, special guests, and everyone that welcomes us on the streets, Mel Gibson will not ride as a co-Grand Marshal for our 2023 parade.”

“We appreciate the cooperation of the city in addressing the issues that will allow us to present another wonderful parade this year along our entire route.

“We will move forward with our final preparations in the coming weeks for the largest procession in Carnival.”

“Mel Gibson has a long history of making antisemitic, racist and misogynistic slurs.

“While the actor has made half-hearted attempts to apologize for his remarks over the years, there is still a great deal of pain associated with his name and deep wounds in the Jewish community from those controversies, which may never heal.

“Given his history of fueling antisemitism and other forms of hate, we find his choice as Grand Marshal of Endymion was completely insulting and shortsighted.

“Although we are relieved he is no longer riding, we hope the Endymion leadership will take the opportunity to learn why the selection of Mel Gibson caused such pain and disappointment to the Jewish community, as well as the marginalized communities he has harmed in the past.”

“The controversy began late Saturday night, when Endymion revealed via social media that Gibson, who rose to international stardom starting in the 1980s with roles in the “Mad Max” and “Lethal Weapon” action movies, would share Grand Marshal honors with Tulane head football Coach Willie Fritz, who led the Green Wave to an historically successful 2022-23 season.

“By Sunday afternoon, however, the krewe’s social media post announcing Gibson’s participation had been deleted.

“A short time after, the krewe issued a statement announcing that Gibson’s invitation would be withdrawn.”

Perhaps Endymion could have addressed its original decision, which was legit offensive to many who did not make threats….Mel Gibson will not ride in the Endymion Mardi Gras parade, due to public reactions and threats | Mardi Gras | https://t.co/Ws9JrrjCAO https://t.co/G1cpjKRhVl