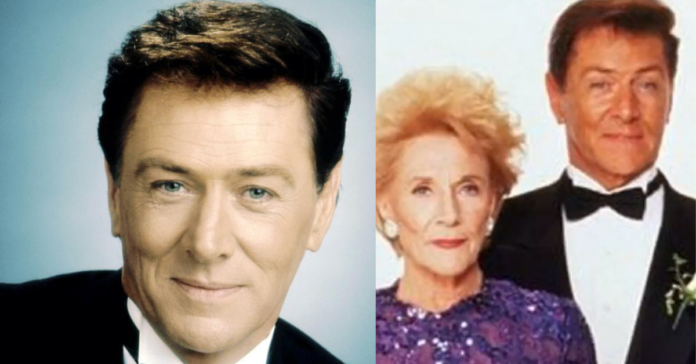 Daytime television legend Quinn Redeker, who starred in hit shows like NBC’s Days of Our Lives and CBS’ The Young and The Restless, has died at 86. He died in Los Angeles of natural causes. His death was announced by his family.

He played Alex Marshall on “Days of Our Lives” from 1979 to 1987, a villain who was sent to prison for insurance fraud on the show. He played the wealthy businessman Rex Sterling on the soap “The Young and the Restless” from 1987 to 1994.

The official Twitter account for “The Young and the Restless” paid tribute to Redeker saying he “blessed” the series with his characters. “The Y&R Family sends our deepest condolences to the family and loved ones of Quinn Redeker who blessed Y&R with his talents in two memorable roles.”

Redeker also had a hand in creating the legendary film The Deer Hunter.

He received a story credit and Oscar nomination for The Deer Hunter (1978) because the film was based on an unproduced screenplay titled The Man Who Came to Play written by Redeker and Louis A. Garfinkle.

The Y&R Family sends our deepest condolences to the family and loved ones of Quinn Redeker who blessed Y&R with his talents in two memorable roles. pic.twitter.com/EFe7Prf5WX

He became friends with Robert Redford along the way and the two became close according to Deadline:

“A role in 1972’s The Candidate starring Robert Redford began an association between the two actors that would include reuniting with Redford in 1979’s The Electric Horseman.

“When Redford made his feature directing debut with the celebrated Ordinary People in 1980, he cast Redeker in a small but emotional scene as the golf-playing brother of the grieving Beth (played by Mary Tyler Moore).”

According to The Hollywood Reporter:

Inspired by a Life magazine article about a man who played Russian roulette for the camera, Redeker contacted screenwriter Louis Garfinkle in 1974 about teaming on a movie script about a guy in the Bahamas who made a living at the hazardous game.

Garfinkle saw Russian roulette as “a perfect metaphor for the war in Vietnam,” he said in Lawrence H. Suid’s 2002 book, Guts and Glory: The Making of American Military Image in Film.

He told Redeker: “The war in Vietnam is current. Nobody I touching it. It seems to me that we can develop something that will perfectly delineate the problem Americans have living with a gun at their heads. That is a condition man should not have to live with.”

After 22 drafts, they sold their script, “The Man Who Came to Play.”

I loved, loved, loved Quinn in the role of Rex Sterling. The gleam in his eye and suave demeanor always added a little extra spark to the screen. I’m very saddened to hear of his passing. #QuinnRedeker #JeanneCooper @KATELINDER #TheYoungAndTheRestless #YR pic.twitter.com/8y8j0uLBo6