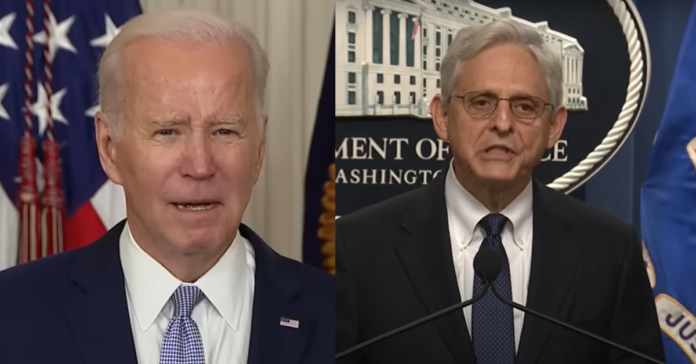 In a twist of fate, it is President Joe Biden’s turn to get referred to the Department of Justice over possible mishandling of classified documents.

Several classified documents from President Joe Biden’s time as vice president were discovered last fall in a private office CNN is reporting. The National Archives has referred the matter to the Justice Department for further investigation sources told CNN.

Richard Sauber, special counsel to President Biden, said in a statement: “The White House is cooperating with the National Archives and the Department of Justice regarding the discovery of what appear to be Obama-Biden Administration records, including a small number of documents with classified markings.

“Fewer than a dozen classified documents were found at Biden’s office, the source said. It is unclear what the documents pertain to or why they were taken to Biden’s private office.

“Federal officeholders are required by law to relinquish official documents and classified records when their government service ends.”

The National Archives has referred the matter to the DOJ for further investigation, the source said.https://t.co/6uOE5jve9l

BREAKING: “Classified documents from Biden’s time as VP discovered in private office. The National Archives referred matter to the DOJ for further investigation.” In my view This was leaked so DOJ will have an excuse not to prosecute Trump re his docs. https://t.co/HB5dEbcRnY