Heartbreaking Update On Ex-NFL Star In ICU After Saving Kids From Drowning: “The family asks you all to pray” 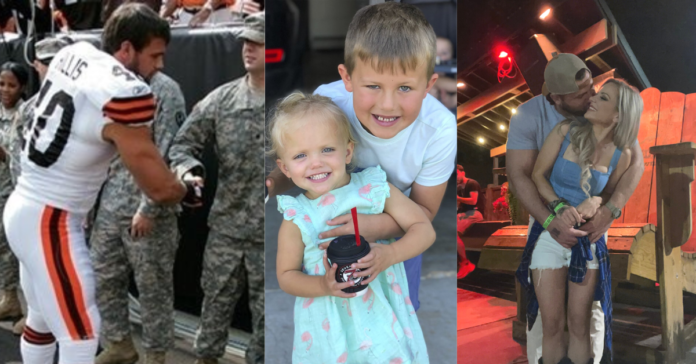 The family of Peyton Hillis, the ex-NFL star who is fighting for his life in the ICU after he saved his kids from drowning in Pensacola, Florida gave reporters a heartbreaking update on his condition yesterday.

The former Cleveland Browns star running back “definitely needs as many prayers as he can get,” despite making some minor improvements. Initially, the lungs and kidneys were the main areas of concern, but sources say the doctors are focusing on his kidneys.

An NFL reporter said: “Former #NFL RB Peyton Hillis remains in critical condition and in the ICU after saving his kids from drowning Thursday. Hillis was coughing up sand and was put 100% on the ventilator, and his kidney are still not functioning normally. The family asks you all to pray. A hero.”

Hillis starred at Arkansas before being drafted into the NFL. There was a prayer vigil for Hillis at an Arkansas high school football stadium Sunday evening.

“Hillis was a star running back at Conway High School before signing with the University of Arkansas. From there, he was drafted in Round 7 by the Denver Broncos.

“At Arkansas, Hillis played in 44 games and combined with Darren McFadden and Felix Jones to give the Razorbacks one of the best running back trios in the history of college football.

“In the NFL, Hillis played for the Broncos, Cleveland, Kansas City and the New York Giants.

“I just wanted to let everyone know on Razorback Nation that Peyton is doing better.

“He’s still in intensive care and having some problems with his kidneys and his lungs but doctors say he is improving.

Former #NFL RB Peyton Hillis remains in critical condition and in the ICU after saving his kids from drowning Thursday.

Hillis was coughing up sand and was put 100% on the ventilator, and his kidney are still not functioning normally.

The family asks you all to pray

Peyton Hillis’ uncle posted this on Facebook and @OtisKirk23 brought it to my attention. #WPS pic.twitter.com/jYRvQPGAXF

Some of my little fans back home helping me get my workout done. http://t.co/6M8EW8r

Former AG Has Serious Questions About The Actual Speaker "Election" That Took Place...

Kayleigh McEnany Makes Major Career Announcement: “I’m excited to reveal the cover of my upcoming book “Serenity in the Storm: Living through Chaos by Leaning on Christ”