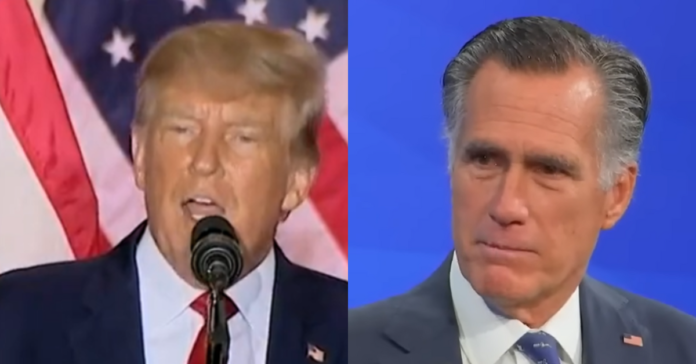 Former President Trump dropped the hammer on Mitch McConnell and 17 Republican Senators who voted to ram through a $1.7 trillion omnibus spending bill instead of waiting for the GOP to officially take control in the House of Representatives which would have given the GOP a much stronger negotiating position.

As punishment, Trump wants to primary them all. Trump said: “Great job Kevin! We must now stop Mitch McConnell. It’s as though he just doesn’t care anymore, he pushes through anything the Democrats want.

“The $1.7 TRILLION quickly approved Bill of the week before was HORRIBLE. Zero for USA Border Security. If he waited just ten days, the now “United Republican Congress” could have made it MUCH BETTER, or KILLED IT. Something is wrong with McConnell, and those Republican Senators that Vote with him. PRIMARY THEM ALL!!!”

The GOP Senators knew Kevin McCarthy would be leading the House and could have waited to pass a spending bill until he was officially sworn in.

But that would have diluted Mitch’s power. Spending bills are about how much cash a politician can grab for their pet projects not how much debt they will saddle the American people with.

Mitch had some power before Kevin was sworn in, now he has considerably less.

So he sold the GOP down the river and made a deal with Biden using what little power he had left to feed at the trough one last time.

That is all over, at least for the next two years, now that Kevin McCarthy is Speaker.

The 18 Republicans who Trump wants to see primaried over the massive spending bill include:

‘PRIMARY THEM ALL!!!’ Trump Calls for All 18 Republican Senators Who Voted for Omnibus Spending Bill to Be Run Out of Office https://t.co/bNLNMESPBB

NFL Players Take A Knee To Pray, Not To Protest, This Weekend And Prayers Are Answered As Hamlin’s Released From Hospital