ESPN Credits “The Power Of Prayer, The Power Of God” For Damar Hamlin’s Miraculous Recovery 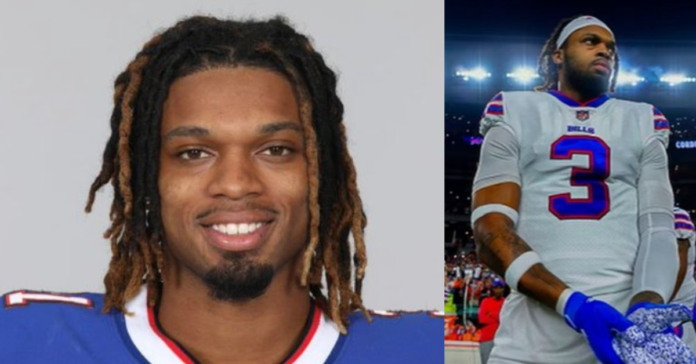 ESPN star football analysts, Ryan Clark and Dan Orlovsky, responded to Buffalo Bills safety Damar Hamlin’s miraculous recovery by giving credit to the “power of God” and the “power of prayer.” Hamlin collapsed on the field in a Monday night game and received CPR for nine minutes.

“He flexed, made the heart symbol, and gave them the thumbs up. It was hard to hear, but he said ‘I love you boys’ to the team,” McDermott said.

Hamlin made his first statement yesterday taking to social media to “thank every person who prayed for me” before finding a silver lining to his misfortune, that it brought the world together.

He said: “When you put real love out into the world it comes back to you 3x’s as much.

“The love has been overwhelming but I’m thankful for every single person that prayed for me and reached out.

“We brung the world back together behind this.

We loved these words of @Realrclark25 on ESPN’s First Takepic.twitter.com/a4iIUT9LxU

“If you know me you know this only gonna make me stronger. On a long road keep praying for me.”

“Damar is making continued progress in his recovery yet remains in critical condition and his neurologic function is excellent.”

“To hear him talk to us, it was everything, and that’s what we needed. Literally that’s all we needed.

“The excitement was beautiful, it was amazing.

“It has given us so much energy, so much bright, high spirits – whatever you want to call it – it has given it to us to see that boy’s face.”