Journalist Threatens To Sue Adam Schiff ‘Personally’: “We are exploring all legal options, including suing Adam Schiff personally for defamation” 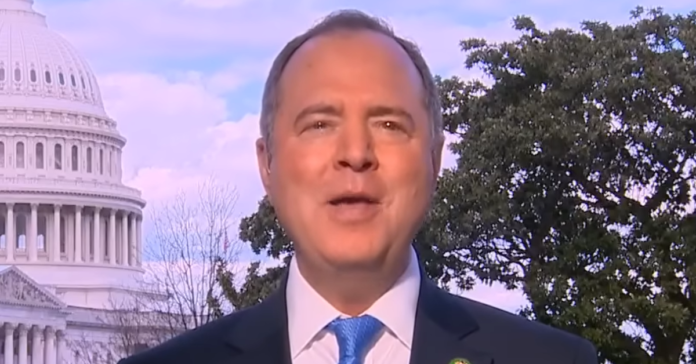 Independent journalist Paul Sperry threatened to sue Adam Schiff personally for defamation after the Twitter files released by Elon Musk showed Schiff trying to get Sperry banned from Twitter in what all consider a violation of the US Constitution. Sperry wrote:

“Back from holiday vacation, I found an interesting email waiting for me in my inbox from Matt Taibbi, the independent journo Elon Musk tasked with reviewing and releasing internal Twitter documents about decisions to censor content and ban users from the platform.

“Paul,” Taibbi wrote, “just found a crazy email on Twitter — did you know Adam Schiff’s staff . . . asked Twitter to have you banned?”

“I was gobsmacked. This would explain why Twitter could never give me a reason for suspending my account, even though I had broken none of its rules.

In his list of demands, Schiff tried to justify banning me by claiming I was promoting “false QAnon conspiracies,” which I have never done and I challenge Schiff to produce evidence to back up his defamatory remarks.

“Schiff knew better. He knew “QAnon” was a trigger for Twitter censors, who were suppressing QAnon posts. Yet even Twitter’s liberal gatekeepers appeared skeptical of Schiff’s claims: “If it is related to QAnon it should already be deamplified.”

DEVELOPING: We are exploring all legal options, including suing @AdamSchiff personally for defamation

“Schiff knows something about promoting false conspiracies. In 2017, he took to the microphone in a televised House Intelligence Committee hearing and read into the congressional record a screed of wild conspiracy theories about Trump and Russia from the Hillary Clinton campaign-funded dossier.

“He trumpeted them as if they were fact. But they were false — every one of them — as Special Counsel John Durham has proven in court documents, expanding on what Justice Department watchdog Michael Horowitz found in his earlier report.

“We now know most of the preposterous rumors Schiff dramatically read into the public record came from a source who was invented by the dossier’s authors. In his hyping of the dossier, Schiff smeared and defamed not only Trump, but also Carter Page, a low-level Trump campaign adviser, whom Schiff falsely painted as a Russian agent.

“The next year, Schiff would be caught lying about the so-called Nunes Memo exposing FBI abuse of the FISA wiretap process to spy on Page. Schiff claimed then-House Intelligence Committee Chairman Devin Nunes misled the public when he said the FBI heavily relied on the debunked dossier to swear out the warrants. In his own memo, Schiff, as ranking member, insisted the FBI’s warrants were based on other evidence and were above-board.

“In 2019, the scathing Horowitz Report proved it was Nunes who was telling the truth. Schiff, who had access to the same classified FISA information as Nunes, knew better.

“This is the real spreader of falsehoods,” he wrote.

Sperry added: We are exploring all legal options, including suing Adam Schiff personally for defamation.”

“We now know Schiff was actively seeking to censor specific critics on social media. These likely were viewed as more than “requests” since Schiff was sending public letters threatening possible legislative action against these same companies.

“He wanted his critics silenced on social media. After all, criticizing his investigations or staff must, by definition, be misinformation — right?

“Not only does it show how dishonest some politicians have been in denying censorship while secretly demanding it, it also shows the insatiable appetite created by censorship. The article in question, written by Sperry, is a good example.

“WE DON’T DO THIS” Even Twitter declined to honor Schiff’s request at the time. Sperry was later suspended, however.”

TAIBBI: “Paul Sperry was … kind of a thorn in Adam Schiff’s side … I think this is an incredibly embarrassing letter for an elected official”https://t.co/FkfO3ETXrs

Ron DeSantis Reaches Limit, Calls Up National Guard: “When Biden continues to ignore his legal responsibilities, we will step in to support our communities”