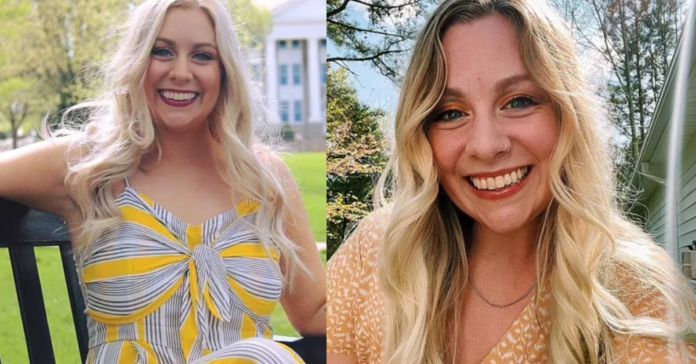 A Virginia first-grade teacher, Abby Zwerner, was shot in the chest by a six-year-old but had the strength and clarity of mind to tell her other students to “run away.”

Sebastian Gonzalez-Hernandez, a parent of another student in the classroom, said Zwerner “screamed at her kids to run away, even after she’d been shot she was thinking about the safety of her children.”

“She is an amazing teacher, so dedicated. My son absolutely loves her, and we’re devastated about what’s happened. We are all thinking of her and hoping that she gets better soon,” Gonzalez-Hernandez added.

25-year-old Zwerner, of Williamsburg, Virginia, was critically injured from the shooting in her Richneck Elementary School classroom. No students were injured in the incident

“The teacher’s injuries are still considered life-threatening but there was some improvement in the last update we got. We’re beginning the process to reunite parents with students.

“We did not have a situation where someone was going around the school shooting.

“We have a situation in one particular location where a gunshot was fired.”

“The No. 1 process right now is to make sure we have counselors with our most precious thing we have, right — our students — and to get them back acquainted with their parents. That’s what we’re doing right now.”

“It’s been a long day for a lot of people, but at the end of the day the children’s safety is our top priority.

“All of the students are safe,” Newport News Public Schools said. “The perpetrator is in police custody.”

A 6-year-old Virginia boy is in custody after police say he shot and wounded his teacher at an elementary school Friday. The teacher and student allegedly got into an altercation in the first grade classroom.
It’s still unclear how the 6-year-old got the gun. pic.twitter.com/OIPqBlLh33

This is so messed up

Virginia teacher begged students to run to safety after she was shot, critically injured by 6-year-old boy: report https://t.co/Hznlc9WMK3

This Update Changes Literally Everything in Idaho Murder Case

Kristi Noem Puts Liz Cheney On Notice, Demands To Know Who “Leaked Social Security Numbers Of Me, My Husband And My 3 Kids”