Sarah Sanders Warns Criminals Before Inauguration: “We have to expand capacity so we can lock up violent repeat offenders instead of letting them out on the streets so they can commit more crimes” 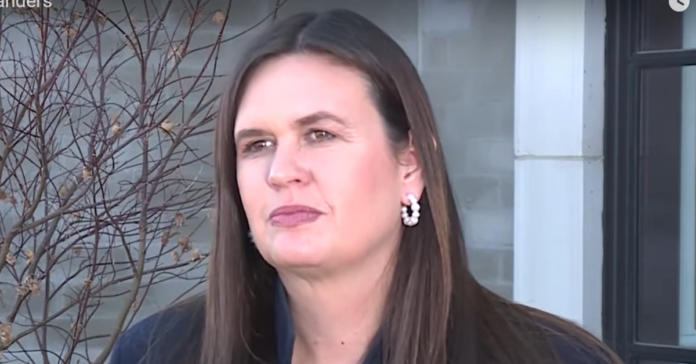 Arkansas Governor-elect Sarah Huckabee Sanders put criminals on notice in an interview with KATVwhere she said she’s ready to make history as the first female governor of the state.

“My mom was diagnosed with cancer when she was 20-years-old. And so knowing about her path, her battle against cancer, overcoming that and seeing her thrive as a mom and now a grandmother is one of those moments that gives you the strength and courage to face the adversity in front of you,” she said of how she got through her won battle with cancer.

“I’m cancer-free today because of the efforts and the people that not only found my cancer but treated it,” Sanders said.

“And I’m really excited to be here, and be with you, and take over the reins as the 47th governor of Arkansas because of their efforts and the grace of God.”

She said she will focus on education, public safety, and a phasing out of the state income tax in her first 100 days.

“I think if we focus on those three things, we can really help make Arkansas the best place to live, work, and raise a family which is ultimately our goal.

“So we have to have a better foundation and that’ll be a huge focus early on.

“As a parent there is nothing more terrifying than not knowing if your kid is safe.

“So we have to do a better job of making our schools safe and frankly making our communities safe.

“We have to expand capacity so we can lock up violent repeat offenders instead of letting them out on the streets so they can commit more crimes.

“It has to be something we focus on because we’re no longer going to be able to compete with states like Texas and Tennessee on both sides of us with no income tax.

“When it comes to growing business that already exists here or bringing new business in, a couple of the things they’re looking for are, ‘Do you have a high income tax or one at all’? ‘Do you have good education?’ ‘Is there good workforce development?’

“If we focus on those things, I think we can really grow our economy and transform our state,” she said.

When I take office on January 10, I will expand access for all Arkansans to world-class hiking, biking, hunting, and fishing, while unleashing the Natural State’s potential to be a leader in tourism and outdoor recreation. pic.twitter.com/94RnnR2Pze

Tucker Carlson Fires Back At Meghan McCain’s Husband, Calls Him A ‘Moron’ And A ‘Buffoon’ On Fox News

One Conservative Made Brilliant Observation About NFL "Medical Issues" ... Nobody Else Brought This Up...