Prince Harry Says He Killed 25 People In New Book: “They were chess pieces taken off the board, my number is 25” 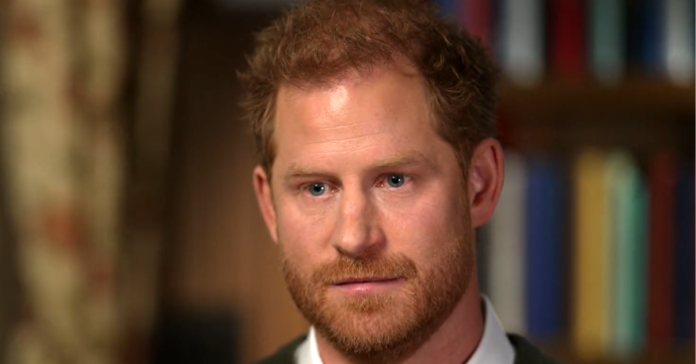 Prince Harry is facing backlash for admitting in his new book that he killed 25 Taliban fighters while serving in the British Army in Afghanistan. Harry disclosed the number in his upcoming autobiography “Spare.”

Harry said: “My number is 25. It’s not a number that fills me with satisfaction, but nor does it embarrass me. When I was plunged into the heat and confusion of battle, I didn’t think about those as 25 people. You can’t kill people if you see them as people.

“In truth, you can’t hurt people if you see them as people. They were chess pieces taken off the board, bad guys eliminated before they kill good guys.

Colonel Richard Kemp, a retired British army officer, said Harry should not have disclosed that information:

“His suggestion that he killed 25 people will have re-incited those people who wish him harm.

“Let’s hope they don’t succeed and I’m sure he’s got pretty good security, but that’s one problem.

“The other problem I found with his comments was that he characterized the British Army basically as having trained him and other soldiers to see his enemy as less than human, just as chess pieces on a board to be swiped off, which is not the case. It’s the opposite of the case.”

“Mr. Harry! The ones you killed were not chess pieces, they were humans; they had families who were waiting for their return.

“Among the killers of Afghans, not many have your decency to reveal their conscience and confess to their war crimes.”

“Love you #PrinceHarry but you need to shut up!

“Makes you wonder the people he’s hanging around with. If it was good people somebody by now would have told him to stop.”

Lord Darroch, a former national security adviser, said he would have “advised against the kind of detail that he goes into”.

“But it’s out there now.

“In terms of the detail I personally wouldn’t have gone there, but it’s done now.”

“I went into this incredibly naive. I had no idea the British press was so bigoted. Hell, I was probably bigoted before the relationship with Meghan…I didn’t see what I now see.”#PrinceHarry’s awakening as part of an interracial couple isn’t uncommon.pic.twitter.com/1wnWA6QaIQ

“He’s just opened himself up to every jihadist and nutcase out there.”

It is ‘naively stupid’ for Prince Harry, his publisher and ghost-writer to have published details of his kills in Afghanistan, explains Major General Chip Chapman. @NotesFASMil | @RickKelsey pic.twitter.com/wvXuTdyoWt

Buffalo Bills Says Damar Hamlin Has Made "Substantial Improvement": “All cylinders are firing within his brain and he is moving his hands and feet”

Co-Founder Of Home Depot Delivers The Unfiltered Truth About Wokeism And Socialism!