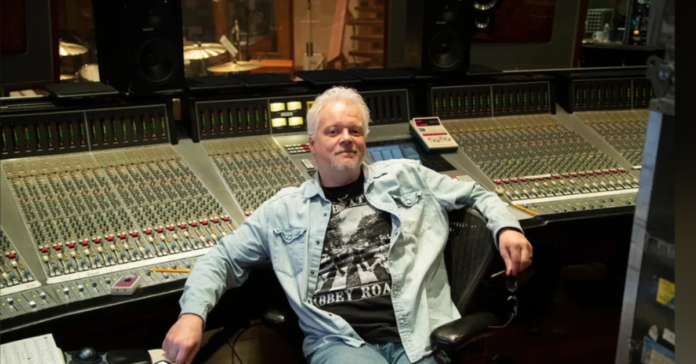 Grammy-winning Nashville recording engineer Mark Capps was shot and killed by police on Thursday. Capps worked in the Nashville music scene for 35 years with some of the biggest names in the business. The police released the bodycam footage of the shooting which you can see in a video below.

A spokesperson said he was killed by the SWAT team after he brandished a gun in his doorway. Police were responding to an incident in which Capps allegedly held his wife and adult stepdaughter captive at gunpoint.

Capps, 54, was wanted on aggravated assault and aggravated kidnapping warrants at the time of his death over the allegations made by his wife. Metro Police spokesman Don Aaron said Capps brought his 60-year-old wife and 23-year-old stepdaughter into their family room at gunpoint around 3 a.m. and “told them if they called someone, he would kill them. They were extremely frightened by him and his actions toward them in not letting them leave.”

Capps fell asleep around dawn and the two women fled the scene. They went to the Hermitage police precinct to file a report. The SWAT team went to his house after the warrants were issued at 1:55 p.m.

Aaron said: “Just after the arrest warrants were issued, SWAT was preparing in the event he barricaded himself inside.

“He came to the door with a gun in hand. At that point, he was fatally shot.

“We have since learned there were cameras monitoring the outside of the home.

“He may have well seen them outside the residence.

“They were in SWAT gear and clearly marked to him as members of the police department.”

Capps is the son of Grand Ole Opry guitarist and Musicians Hall of Fame member Jimmy Capps, who died in 2020.

Capps won a Grammy for best polka album four years in a row, from 2005 through 2008, working with the group Jimmy Sturr & His Orchestra.

A Hermitage man wanted on outstanding aggravated kidnapping and aggravated assault charges was fatally wounded by a SWAT officer Thursday afternoon after he suddenly opened the front door of his home armed with a pistol. More here: https://t.co/iPeGjcyGMg

I’m truly at a loss for words, Mark Capps helped on my album. Mental health is so important. Please pray for the entire Country music and Gospel music industry as it’s lost one of its most talented producers to ever work in a studio. If you need to reach out to someone, DO IT. pic.twitter.com/JFfxX7rIxL

I'll Back Trump If He Runs In 2024, But I Won't Support Him Backing McCarthy